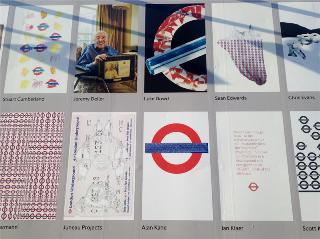 I had a morning meeting in Borough Market with Ben from International HIV Partnerships. He told me, unbelievably, that the highest prevalence of HIV in Europe is in Lambeth and Southwark in London. There was an article in the Lancet recently, which revealed that in 2011 there was a record high 3010 new cases of HIV reported in the UK among men who have sex with men (MSM). What has been happening since the tip of the iceberg and tombstone campaigns of the 80s?

We are working on an MSM campaign so it’s important to meet people like Ben who’ve been working in the field since the 80s.

He also told me about San Francisco in the 80s and the 300 HIV charities that existed in SF alone. It must have been mayhem. We are the only national hep C charity but with the instance of hep C among MSM rising, more HIV charities are looking at hep c too. We need to cultivate one voice and a strong message.

All morning I was surprised at how normal I felt. A headache and muscle aches started creeping up after lunch. I thought I’d walk my headache off by skipping the tube and walking to Waterloo from London Bridge but by the time I got there I wanted to drop. It was nice seeing the sun though after days of grey.

Today’s pic is the tube posters outside Southwark tube on my walk home.

This entry was originally published February 27, 2013 on The Hepatitis C Trust. Reprinted with permission.