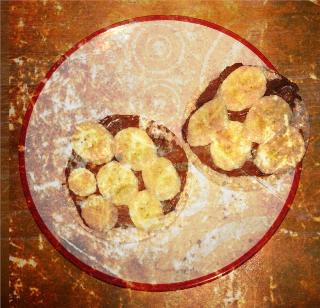 My headache has gone.

I went to see David Stewart at The Club Drug Clinic. He told me that 8 years ago, him and his colleagues sat back and waited for crystal meth to explode on to the generic club scene and they are still waiting. In places like Australia coke is about $400 a gram and Ecstasy is much more expensive. Meth labs have to be in deserted or excluded places as explosions are an occupational hazard.

England is practically one big conurbation so explosions wouldn’t go unnoticed, especially in the south east. We have lots of cheap and more manageable alternatives to meth, which is why it hasn’t happened here on the same scale as other countries.

Legal and synthetic highs though are a newer problem and no one knows where that is going to go yet.

I’m sleeping better. I haven’t lost my appetite like most people on treatment. I want to eat more. The pic is what I’ve been eating today.

This entry was originally published on February 22, 2013 on The Hepatitis C Trust. Reprinted with permission.