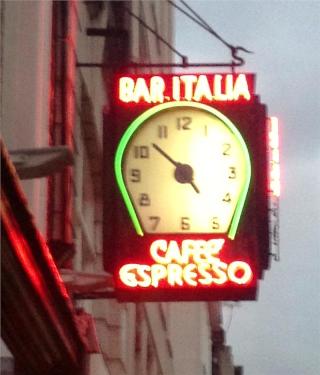 I went into Soho to meet Fat Tony the DJ and Matthew Todd, the editor of Attitude. Matthew wrote a brilliant article recently in the Guardian, The Roots of Gay Shame, which discussed behaviours that are exposing gay men to HIV &Hep C (HCV) more aggressively than ever.

The Health Protection Agency has been reporting a decline in the numbers of people seeking help for drug use. I thought optimistically, my son’s generation aren’t as hedonistic my as my generation were. Anecdotally and looking at his group of friends I would still stand by this. They are more sensible than me my peers were. When I was young ’coke bores’ had yet to be invented. One of my son’s girlfriends told me, people who take coke are just so tedious. I was very impressed. Coke was the most glamorous and exciting thing I could think to do aged 19.

No wonder I got into trouble.

In London we are seeing the beginnings of an upsurge in very scary club drugs that could potentially bleed out into nationwide youth culture and would explain the downturn of more ’traditional’ drug use. I’ll know more about this tomorrow as I’m visiting the UKs only club drug clinic in Chelsea.

Fat Tony, Matthew and The Trust are going to collaborate on some campaigning in this area.

My headache raged all day. After Soho in the evening I came home feeling great though. I took my pills with me and a banana to take them with. I felt silly having to get them out in public, especially the banana.

Pic is Bar Italia in Soho at dusk when I arrived there.

This entry was originally published on February 21, 2013 on The Hepatitis C Trust. Reprinted with permission.