As punishment for my sins, I an the event/entry organiser for a large equestrian jumping event where I live. I’ve done it for years; I’m moderately good at it. I can juggle waiting lists, riders, cranky parents, full classes and a decided lack of sleep and still mostly come out smiling at the end of it. 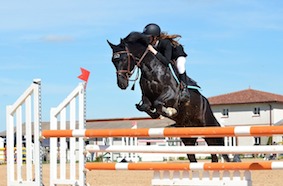 This year we went to four days of competition (Thurs/Sun), the first warm up day in the indoor arena, followed by three rings over three days. We had record entries.

Managing entries and scoring online is my baby. This is basically because no one else wants to do it. It’s time consuming, requires an eye for detail, a good memory and the ability to work under pressure, all combined with the knowledge that the internet connection may go down at any point.

See any problems so far? Such as the fact I’m still on treatment? That the meds make me a little forgetful? That riba makes me cry at the drop of a hat? I normally finish an event feeling like I’ve been hit by a steamroller. Add treatment to the mix? Well, that added the prospect of an extra layer of complexity.

I put in many late nights and was up till after midnight on the weekend and back at the venue by 7:00am each day.

So to say that I did this while undergoing treatment for hepatitis C speaks volumes to the tolerability of these new treatments. I could not have done this on the old INF/RBV treatment protocols. I could hardly leave the house some days.

I think the thing that impresses me abut these new DAAs (apart from the fact that they seem to work!) is that they allow me to maintain a fairly normal life while undergoing treatment. Is it this easy for everyone? No, certainly not. Some people do it tougher than me, others do it easier. I was certainly hammered with side effects early on. But at this point, roughly 14 weeks into a 24 week treatment regime, I’ve just done a huge event, managed to keep my cool, not cried until the next day (from overwhelming tiredness) and not made a mess of it.

Good for you, Viekira Pak!