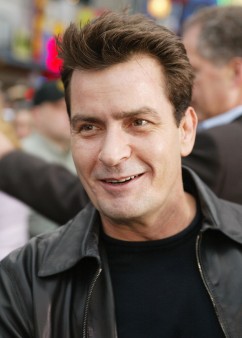 20 November 2015: Getting the language right

In the news this week Charlie Sheen disclosed his HIV positive status to the world and became the new poster boy for HIV. “I am, in fact, HIV positive,” he told Today’s Matt Lauer, admitting he had been blackmailed into paying millions to keep the story under wraps. This has caused an avalanche of inaccurate reporting and a parade of misinformed opinions and judgements about him; with some even suggesting he deserves to get HIV.

As in the hep C community, how people talk about hep C (or HIV) has a significant effect on the mental health and wellbeing of people like me who live with it. We know all too well the stigma that people with hep C experience from its association with injecting drug use. But this does not mean we are bad people or deserve our fate.

We are not hep C ’victims’ or ’sufferers’, we are ’people living with hep C’

HIV was one of the first epidemics in history in which the people living with the illness stood up and demanded to be seen as equals, not victims. They used identity politics against stigma and discrimination and laid the path for us to follow in hep C.

For people who don’t live with hep C, including Doctors who see us as patients in their care, this can be tricky. While it may seem pedantic, it’s incredibly important to our sense of identity. When you live with a chronic illness it can sometimes feel as though that condition defines you. So when people refer to you constantly as a ’patient’, you can begin to see yourself as a victim.

Just don’t use those words! Someone who uses drugs belongs to one of the key populations affected by hep C. But identifying as a person who uses drugs doesn’t automatically mean you have hep C, or that anyone outside that community doesn’t have it.

There is absolutely nothing to be ashamed of if you are a person who uses drugs, but the stigma associated with those communities can mean others are less likely to get tested or treated for hep C, or seek out information, for fear of being associated with them.

There is no denying Charlie Sheen’s history of violence against women and questionable morals, but everyone with a chronic disease deserves the right to live a long, healthy life, without fear of persecution because of that disease. The language we use about ourselves is really important in building resilience in people with hep C.

The opinions expressed above are mine alone and do not necessarily reflect those of my employer.