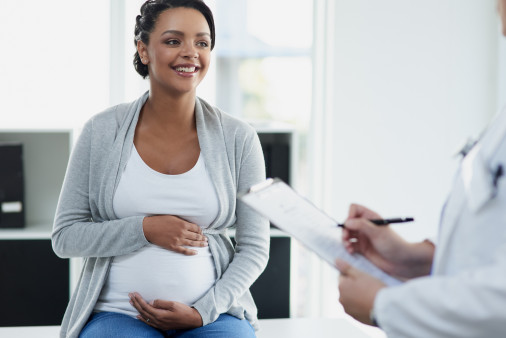 Fueled by the opioid epidemic, the incidence of hepatitis C virus (HCV) infection among women of childbearing age is increasing in the United States.  In 2017, data published in the Annals of Internal Medicine showed that the number of women in this age group with past or present HCV infection doubled, from 15,550 in 2006 to 31,039 in 2014.

The risk that an HCV-positive pregnant woman will pass the virus to her baby is about 6 percent. This adds up to approximately 4,000 new hep C cases in the U.S. every year. If the mother is co-infected with HIV, the transmission risk is two to three times greater.

There are no medical recommendations advising against pregnancy for HCV-positive women. HCV transmission occurs at the time of birth, and nothing can be done to prevent it. The presence of HCV does not influence whether the delivery method is vaginal or cesarean.

Pregnancy does not change hepatitis C progression except if cirrhosis is present. Lab tests measuring liver function (liver enzymes) and the amount of virus in the blood (viral load) may fluctuate during pregnancy. Here are recommendations for monitoring women with hepatitis C during pregnancy. Women should have their hepatitis C reevaluated after delivery to assess for spontaneous clearance.

A child whose mother is HCV-positive at the time of birth is likely to be born with HCV antibodies. However, this does not mean that the child is infected with the virus. HCV-antibody testing should be delayed until the child is at least 18 months old. Viral load testing when the infant is 4 to 8 weeks old may be done if earlier hepatitis C confirmation is needed. The viral load test needs to be repeated at least one more time, regardless of whether the initial results are negative or positive. Since viral load testing requires blood to be drawn, many experts recommend waiting until the infant is older, or needs to have a blood test for other purposes.

Infants who are born with hepatitis C usually have no symptoms and do well during childhood. Mothers with hep C may breastfeed without risk of infecting their infants, except when the mother has cracked, damaged, or bleeding nipples, or in the context of HIV coinfection. Good nipple care is recommended.


Current HCV Guidelines recommend that women of reproductive age who have hepatitis C be treated before pregnancy occurs. Hepatitis C treatment during pregnancy is not recommended, except in rare circumstances. Since ribavirin may harm a fetus, treatment that uses ribavirin should never be prescribed. The U.S. Food and Drug Administration (FDA) requires manufacturers to put a warning on ribavirin labels. Here is an example:

If pregnancy occurs while taking ribavirin, or six months after treatment has stopped, women should tell their medical provider. All pregnancies should be reported to the Ribavirin Pregnancy Registry at 800-593-2214 or www.ribavirinpregnancyregistry.com

In the U.S., none of the new hepatitis C treatments carries this serious warning, although the safety of these drugs is not proven. Information on most of the new HCV direct-acting antivirals (DAAs) state, “Animal reproduction studies have failed to demonstrate a risk to the fetus and there are no adequate and well-controlled studies in pregnant women.”

Olysio has a stronger warning: “Animal reproduction studies have shown an adverse effect on the fetus and there are no adequate and well-controlled studies in humans, but potential benefits may warrant use of the drug in pregnant women despite potential risks.”

A Final Note: A small study published in the Journal of Hepatology (2017) found that hepatitis C-positive women who are of childbearing age showed early signs of menopause. This may increase their risk for infertility, gestational diabetes and miscarriage. The risk reversed after a successful HCV treatment outcome, known as a sustained virologic response.