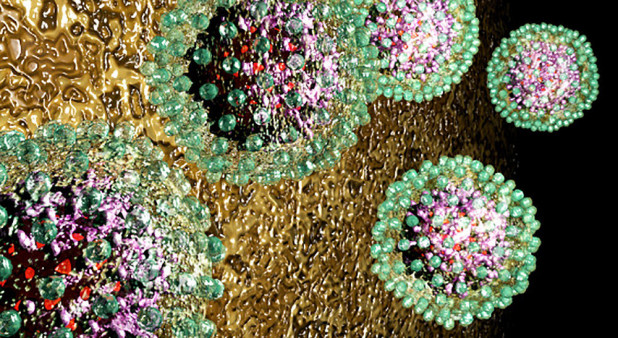 Could a Therapeutic Vaccine Help Cure Hepatitis B?

The experimental NASVAC vaccine led to a reduction in hepatitis B surface antigen (HBsAg) levels, and a small number of study participants achieved a functional cure, researchers reported at The Liver Meeting, the annual meeting of the American Association for the Study of Liver Diseases (AASLD), taking place this week in Boston.

Approved hepatitis B prevention vaccines contain HBsAg and trigger the production of antibodies against this protein, known as anti-HBs. Although generally effective, some people do not achieve protective antibody levels. Targeting additional HBV antigens could lead to stronger immune responses that are beneficial for both prevention and treatment. An experimental prevention vaccine called Sci-Vac-B, which contains three different HBV proteins, was recently shown to offer greater protection, especially for older adults and those with weak immune systems.

At the Liver Meeting, Osamu Yoshida, of Ehime University School of Medicine in Japan, presented results from a study of a dual-target therapeutic vaccine for the treatment of hepatitis B. It was tested in people who either were being treated with nucleoside/nucleotide antivirals or had what is considered inactive HBV infection.

Antiviral drugs such as Viread (tenofovir disoproxil fumarate), Vemlidy (tenofovir alafenamide) and Baraclude (entecavir) suppress HBV replication indefinitely during treatment, but they seldom lead to a cure. Across studies, less than 5% of people treated with these antivirals and about 10% of those treated with pegylated interferon achieve HBsAg loss or clearance, considered to be a functional cure.

Antiviral treatment is generally not recommended for people with inactive infection who have low HBV viral load, low ALT liver enzyme levels and no evidence of liver cirrhosis. However, such individuals may still pass on the virus and are at elevated risk for liver cancer.

NASVAC, initially developed by the Center for Genetic Engineering and Biotechnology in Cuba, contains both HBsAg and hepatitis B core antigen (HBcAg). The HBsAg component triggers production of anti-HBs antibodies, while the HBcAg component promotes T-cell activity that inhibits HBV replication.

The nasally administered vaccine is being evaluated for both hepatitis B prevention and treatment. Researchers have developed a special device that delivers a wide spray that covers a large area of the nasal cavity and stays in the nose for about six hours.

The current study included 29 participants on antiviral medications and 42 untreated people with inactive hepatitis B. In the treated group, more than 70% were men and the median age was 54. About three quarter were hepatitis B e antigen (HBeAg) negative, a group that responds more poorly to treatment. Nearly half were taking Baraclude, 21% were on Viread and 18% were on Vemlidy; all had undetectable HBV DNA. In the untreated group, over half were women, the median age was 53 and 95% were HBeAg negative. Both groups had ALT and AST liver enzyme levels within the normal range.

Participants in this open-label study received NASVAC every two weeks, for a total of 10 doses. They were followed for up to six months after the last dose.

NASVAC administration had little effect on viral load. Those on antivirals maintained undetectable HBV DNA levels. Untreated participants saw a viral load decrease of 11%, but this change was not statistically significant, meaning it could have been driven by chance.

However, the vaccine did reduce HBsAg levels in 75% of the participants in both groups. Antigen levels declined by an average of 17% from baseline in the antiviral-treated group and by 18% in the untreated group; both of these declines were statistically significant.

Two people in each group experienced HBsAg loss—higher than the rates typically seen in HBeAg-negative people treated with antivirals.

Treatment was generally safe and well tolerated, with no severe adverse events. ALT levels—a sign of liver inflammation—remained stable in the antiviral-treated group. In the untreated group, three people experienced steep but transient ALT increases. One person had an increase in anti-HBs antibodies at the time of the elevation and experienced HBeAg loss after the ALT flare.

“NASVAC could be a novel immune therapy for achieving functional cure” in people with hepatitis B, the researchers concluded.