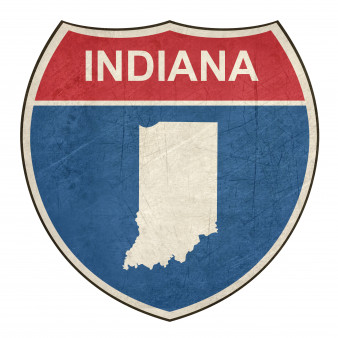 Matt Heskett discusses his journey with hepatitis C for the first time with the press.

Matt Heskett has a lot to be thankful for—in addition to overcoming his opioid addiction, he is cured of hepatitis C virus (HCV).

After breaking a finger in high school, Heskett became addicted to painkillers, which over time escalated to heroin use. Heskett believes he contracted hep C when he switched from snorting heroin to injecting the drug.

Now sober and free of hep C, Heskett is paying his good fortune forward through activism and education. The Indiana native (aka Hoosier) is helping others recovering from opioid use as an employer services coordinator for Fairbanks, an addiction treatment center. He is the liaison between addiction patients and their jobs.

Although the 32-year-old advocate had shared his addiction story with the media previously, this is the first time Heskett has discussed his HCV journey with the press. We at Hep magazine are honored to have earned his trust to share his complete personal story. Click here for more.

A new analysis estimates that 2.4 million U.S. residents are living with HCV. The opioid crisis has fueled the spread of hep C nationwide. Increased focus on the connections between both epidemics is leading researchers to new conclusions.

A new meta-analysis argues that people who inject drugs should not be restricted from receiving HCV treatment given the evidence that they have a high cure rate on such medications.

Another study concludes that health care providers across the country are missing the opportunity to screen for HCV among youth with opioid use disorder. The focus on this demographic is a result of the surge in nonprescription use of opioids among young people in particular. Click here for more on all these studies.

To address screening drug users for hep C, some public health advocates are calling for the development of an entire system of HCV care just for this group. This conclusion is in response to the failure of drug treatment centers, which are well positioned to initiate hep C testing, to do so for both opioid and meth users.

To improve targeting by medical providers of young people living with HCV, some experts are looking at a blueprint designed by Australia. That nation aims to eliminate hep C in the next decade or so by implementing a universal HCV screening policy, regardless of age. Click here to read more about all these efforts.