Many people with hepatitis C virus can receive treatment for HCV from non-specialty health care providers and do just as well as they would under a specialist’s care, aidsmap reports.

The relative simplicity of today’s hep C treatments means that nonspecialists can handle the cases of many patients seeking treatment for the virus.

Researchers from the Phase IV ASCEND study of 600 people with hep C presented their findings at the Annual Meeting of the American Association for the Study of Liver Diseases (AASLD) in Boston.

The study partcipants were treated at two health systems in Washington, DC, and assigned to receive care from one of five nurse practitioners (NPs), five primary care physicians (PCPs) and five specialists.

The clinicians received a three-hour training about guidelines for treating hep C with Harvoni (ledipasvir/sofosbuvir).

Nearly a quarter of the participants had HIV, a fifth had cirrhosis, 72 percent had genotype 1a of hep C and 82 percent had not been treated for HCV before.

When the proper protocol for treatment was followed, the cure rates were higher, ranging between 93.2 percent and 95 percent depending on the type of prescriber.

In both analyses of the cure rates, the researchers did not find differences that were statistically significant based on the type of medical provider—meaning that any apparent differences in cure rates may have been a result of chance. A limitation of this finding is that individuals were not assigned to their providers randomly. Those who had HIV were more likely to receive care from specialists and PCPs. 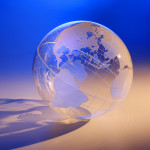