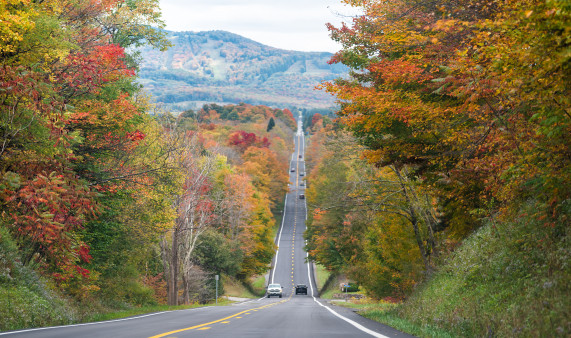 A $6.6 million grant aims to integrate services for HIV, hepatitis B and C and substance misuse into primary care clinics across the state.

Folks who live in rural areas must often drive several hours to see a health care specialist. This poses a daunting challenge in states like West Virginia, where the opioid crisis and the related HIV and hepatitis C epidemics have struck rural communities that lack easy access to care. But that could change, thanks to a federal $6.6 million grant awarded to researchers at West Virginia University (WVU) and Yale University.

Specifically, the researchers will provide specialized services for HIV, hepatitis B and hep C and opioid use disorder in 20 primary care clinics spanning the state, locating these services closer to the people who need them, according to an article on West Virginia University’s WVUToday.com.

“The goal of this grant is to integrate care for substance use disorder, infectious diseases and other medical needs that people have—at the same time, in the same place—so that we don’t have key aspects of people’s medical care being handled in a disconnected manner,” said Judith Feinberg, MD, the WVU Department of Medicine’s vice chair for research. “It’s efficient and appropriate because, first of all, it’s all part of the greater health issue for people who use drugs. You can’t deal with one effectively without dealing with the other. And second of all, there is such a paucity of specialist care here in West Virginia that we can’t be sending patients hither and yon to get appropriate care.”

The research grant spans five years and is funded by the National Institute on Drug Abuse.

The researchers plan to integrate specialized care by training and empowering doctors, physician’s assistants and nurse practitioners at 20 federally qualified health centers to assess and treat people for HIV, hepatitis C and substance use disorder. This could be accomplished, according to the press release, by using automated screening processes and a medical education program called Project ECHO.

What’s more, the researchers will look at data in the upcoming years to evaluate the program—for example, rates of diagnoses at the 20 health centers for HIV, hepatitis B and C and endocarditis, an inflammation of the heart’s lining and valves caused by bacteria entering the bloodstream that is common among intravenous drug users.

The hope is to apply lessons learned from this project to other rural areas around the country.

“The research is especially crucial since people with substance use or psychiatric disorders die, on average, 10 to 25 years earlier than those without them and mostly from chronic conditions that are diagnosed and treated in primary care settings,” Rick Altice, MD, one of the principal researchers and a professor at the Yale School of Public Health, said in the release.

West Virginia offers fertile ground for the researchers because injection drug use has become more common in its rural communities, leading to outbreaks of HIV and hepatitis C and heated debates about syringe exchange programs. For more details, read “CDC Offers This Advice for Tackling West Virginia’s HIV Outbreak.”

Another outcome of the drug epidemic in America is a recent surge in overdoses. Last year, over 94,000 people died of drug overdoses in the United States, an increase of 30.9% from the previous year. Indeed, West Virginia has the highest overdose rate in the country, according to WVUToday.com.

Both HIV and hepatitis C can be transmitted via blood-to-blood contact, including through shared needles and drug equipment that has come in contact with blood. Hepatitis refers to inflammation of the liver. There can be many causes, but hepatitis C is the result of a virus and can result in a lifelong infection, mild to serious scarring of the liver (fibrosis and cirrhosis, respectively), liver cancer, liver failure and death. The good news is that hep C is curable in most cases. To learn more, see the Hepatitis C section of Hep magazine’s Hepatitis Basics, which includes an introduction to viral hepatitis as well as other forms of hepatitis and liver disease such as non-alcoholic fatty liver disease (NAFLD), non-alcoholic steatohepatitis (NASH), alcoholic liver disease, autoimmune hepatitis and primary biliary cholangitis (PBC). And for a collection of articles in POZ about the intersection of hep C virus and HIV, click the hashtag #Hepatitis C.

HIV, in contrast, is a virus that attacks the immune system. Over several years, the immune system becomes depleted, and the body isn’t able to fight infections, leading to an AIDS diagnosis. Although there is no cure for HIV, many safe and effective treatments—often just one pill a day—are available. The medications help people living with HIV enjoy long and healthy lives and keep them from transmitting the virus to others. For more, see the Basics of HIV/AIDS in POZ.com, a sister publication of HepMag.com.