The required treatment length to achieve a cure for hepatitis C has recently shortened dramatically—and may continue to taper in the coming years. 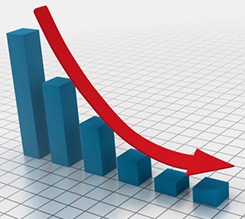 When the U.S. Food and Drug Administration issues its decision about whether to approve Gilead Sciences’ hotly anticipated hepatitis C virus (HCV) treatment—the fixed-dose combination tablet of Sovaldi (sofosbuvir) and ledipasvir—there is a chance the FDA may recommend only eight weeks of therapy for some people.

A green light for the first hep C treatment requiring less than 12 weeks of therapy (the decision is expected October 10) would represent yet another major benchmark in the stunning progress hep C treatments have demonstrated over the past few years. Not only do the vast majority of treatments now lead to a cure, but the process has shifted from being a yearlong endeavor to the current standard of 12 to 24 weeks of treatment. Should the forthcoming crop of combination therapies from Gilead, AbbVie and Bristol-Myers Squibb (BMS) all receive FDA approval by the end of the year, this will mean a healthy crop of 12-week therapies with minimal side effects and very high cure rates.

The addition of an eight-week treatment regimen would be icing on the cake, as well as an indicator of where the future of hep C treatment appears to be headed. In such a fiercely competitive and lucrative market, the major pharmaceutical company players, which also include Merck, Janssen and Achillion, all have treatments in the pipeline that have durations shorter than 12 weeks. Some are even testing regimens for as brief a treatment period as four weeks.

Upcoming regimens may be able to get away with shorter durations because of the power wielded by combining two or more direct-acting antivirals (DAAs). Treating hep C with multiple classes of drugs means attacking the virus at multiple points in its life cycle, thus packing much more of a punch. An immediate consequence is that the drug regimen typically lowers the virus to undetectable levels in the body very quickly—after just a week or two. Since the tests used to measure virus are only so sensitive, however, there may still be low levels of replicating virus at that time. So the question remains as to how much longer treatment needs to extend to ensure that the last bit of virus has been flushed out.

“It appears that once you add more DAAs, there’s probably something happening below the level of detection—you could speculate in the liver, where more drug pressure can actually eliminate the virus more rapidly,” says Eric Hughes, MD, PhD, who is in charge of many of the late-stage hep C trials at BMS.

In Gilead’s application to the FDA for Sovaldi-ledipasvir, the company submitted results from the three Phase III ION studies, which tested the combination pill, with or without ribavirin, among different groups of people with genotype 1 of hep C, treating them for 8, 12 or 24 weeks. The cure rates for each group ranged between 93.1 percent and 99.1 percent, with the two eight-week arms on the lower end of that spectrum.

Meanwhile, Gilead is running a Phase II study investigating eight weeks of Sovaldi-ledipasvir plus the non-nucleoside NS5B site 2 polymerase inhibitor GS-9669 among treatment-experienced people with hep C genotype 1.  In addition, the National Institute of Allergy and Infectious Diseases is running a Phase II trial of four- six- and eight-weeks of Sovaldi-ledipasvir and either GS-9669 or the NS3 protease inhibitor GS-9451.

In addition, in the C-WORTHy trial Merck has an arm studying eight weeks of just MK-5172 and MK-8742, with or without ribavirin, among treatment-naive, non-cirrhotic people with genotype 1b of hep C.

According to Janice Wahl, MD, executive director of Merck Research Laboratories, “We know some of the science, but we’re going to learn a lot more as we move ahead with these short-duration studies.”

Wahl added, “We think it’s important that efficacy not be sacrificed.” So part of Merck’s scientific discovery process will be sussing out which demographics of people with hep C may be able to get away with shorter treatment lengths and which may need to stay on therapy longer to ensure the company’s goal of a greater than 90 percent likelihood of a cure.

AbbVie representative Elizabeth Hoff reports that the company will be exploring various treatment lengths in the sub-12-week category, but she declined to provided any specifics at this time.

Janssen is currently conducting a Phase III trial of Olysio (simeprevir) and Sovaldi, called OPTIMIST-1, that will test both eight- and 12-week regimens in treatment-naive or treatment-experienced people with genotype 1 of hep C who do not have cirrhosis. The American Association for the Study of Liver Diseases currently recommends 12 weeks of these two drugs, plus ribavirin, for treatment-naive people with genotype 1 of the virus who are ineligible to take interferon. However, the combination is not approved by the FDA, so it must be prescribed off-label. In July, the FDA gave “priority review” status to Janssen’s application for approval of the regimen. A decision is expected by January.

BMS’s Phase III ALLY-2 study includes an arm that tests eight weeks of treatment with Sovaldi and BMS’s NS5A replication complex inhibitor daclatasvir in people coinfected with HIV and genotypes 1 through 6 of hep C. In addition, the company’s Phase II FOURward study, just now kicking off, is examining four or six weeks of Sovaldi, daclatasvir, BMS’s NS3 protease inhibitor asunaprevir and the allosteric inhibitor BMS-791325 among treatment-naive people with genotype 1 of hep C who do not have cirrhosis.

On August 15, Achillion reported encouraging interim results from an ongoing Phase II proxy study of the NS5A inhibitor ACH-3102 with Sovaldi, given for eight weeks to 12 treatment-naive people with genotype 1 of hep C. All 12 of them had an undetectable viral load four weeks after completing therapy, indicating a good likelihood that they will all reach a sustained virologic response 12 weeks after completing therapy (SVR12, considered a cure). Thanks to these results, an additional 12 people will take the regimen for just six weeks. If that goes well, a four-week arm is slated to begin.

There is speculation that Merck may buy Achillion in order to acquire the company’s hep C portfolio, as Merck is already doing with its $3.85 billion purchase of Idenix Pharmaceuticals.