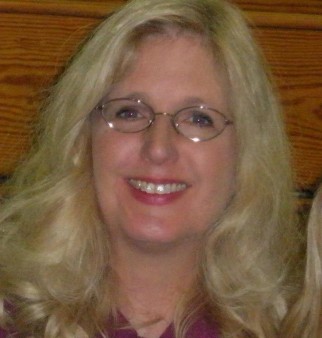 My story begins in 1979 when I had spinal fusion surgery at Children’s Hospital in Cincinnati. My family is from the Dayton area, but my parents found a very good doctor in Cincinnati. I was in surgery for many hours and had a Harrington rod fused to my spine. I have a scar from the top of my neck down to my butt bone. (I have always won "longest scar competitions!”) During that surgery, I had a blood transfusion. After having a very hard year in a body cast, I went on to high school, then college. After college, I worked in the corporate world.

Fast forward to the early 1990s. I donated blood as part of a blood drive through work. I received a note from the blood bank saying that I tested positive for HCV (hepatitis C). This is the first time that I ever heard these three letters together. This is about the time that HIV/AIDS was in the news a lot, and I remember feeling relieved that it was not HIV. I took the letter to a doctor, and she did tests. I have never done drugs (except for minor pot smoking in high school). I don’t have any tattoos and have never been a promiscuous kind of person. However, I did have the blood transfusion in 1979 before they tested blood for HCV. She said that I was a “false positive,” and that all my blood work was normal. I went on with my life. (Editor’s note: HCV testing in the early 1990’s wasn’t always reliable.)

Fast forward again to approximately 1995. I was still a young adult, working and living a decent life. I always had the letter from the blood bank in the back of my mind because I had the blood transfusion, which I knew was a risk factor. I mentioned the letter to my current doctor, who did blood work, and this is when I was told I had hepatitis C.

I work part time and, along with my husband, take care of our two very active teenagers. I plan to go on the new interferon-free drugs hopefully this year.

Hepatitis C does wear me down. I notice that I am worn out sooner than most of my friends and co-workers. For the most part, I remain positive that I will beat this disease and am generally positive.

What is your greatest achievement?
My two children

What is your greatest regret?
When I was told I was a false positive, I should have gotten a second opinion. Of course, it was very early in hepatitis C’s discovery.

What keeps you up at night?
Worry

If you could change one thing about living with viral hepatitis, what would it be?
Fatigue

What is the best advice you ever received?
Do the best you can and give the rest to God

What person in the viral hepatitis community do you most admire?
Lucinda Porter and Margaret Dudley

What drives you to do what you do?
My faith

What is your motto?
It is what it is

If you had to evacuate your house immediately, what is the one thing you would grab on the way out?
My children’s baby books or things from my parents

If you could be any animal, what would you be? And why?
A cat. I have two cats, and I love them.