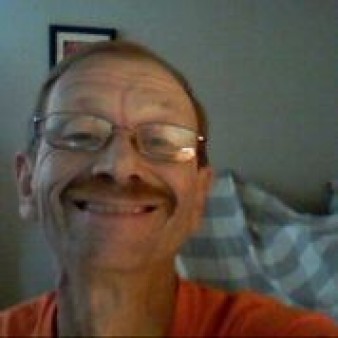 Today is a red letter day. I had an appointment with my gastroenterologist (GI), and we discussed my lab results after completing 12-weeks of hepatitis C treatment. The virus was undetectable! The doctor told me I would still need two more viral load tests.  Assuming the tests are undetectable six months and a year from now, I will get to have the words “cured of hep C” put on my chart.  I’m feeling stronger every day.

Looking back, I find that I have grown since the day I learned that I tested positive for hep C. Initially, it felt like the world was pulled out from under me. I was a mental wreck. However, I was assured there was treatment for hepatitis C, and encouraged not to give up. Fear overwhelmed me, but I wanted the best chance of a successful outcome with my treatment, so I tried to stay positive.

In 2007, treatment consisted of a weekly shot and daily pills for 48 weeks. It had a 48 percent success rate. I was told that I would feel like I had the flu, and to expect fatigue. Every day I told myself that the medication was helping to get rid of the virus.

I felt worse each day. About ten weeks into treatment, I was taken to the hospital because I passed out while shopping. Then one day, my pharmacy called to ask if I had stopped treatment, because they had received notice to stop sending the medicine. Caught off guard, I call my GI. He told me he took me off treatment because I was a “non-responder.”

I crashed after that. I retired from my job and moved back to my hometown. I was really depressed, and hospitalized for three weeks. I needed the rest. When I was ready to leave, the doctor said I needed to be medicated. I had a different opinion. My wife agreed with me, and demanded I be released.

The fury in my mind subsided. However, I still had this virus that was damaging my liver, and there was nothing I could do about it. I decided to change my view and decided to start living with the virus rather than trying to live without it. My health improved. I started meditation to reduce stress. I studied Buddhism, particularly the teaching of impermanence. This helped me stay in balance from 2007 to 2014. During that time, some new hepatitis C treatments came along, but each seemed more like poison then cure, so I passed on them.

In December 2013, my walking buddy showed me an article about the new hepatitis C drugs. The cure rate improved from 48 percent to 88 percent, and the side effects were no worse than the old hep C medicines. The best part was that treatment was only 12 weeks rather than 48. I called my GI to find out more about this. He didn’t know about the new drugs, so I sent him the article.

In March 2014, my GI called, and told me that the treatment was FDA approved. The new pill was $1000 per pill, and treatment would cost $84,000.  I asked my GI if he thought my insurance would cover it. He assured me that it was more expensive to not treat me. I started the paperwork, and everything was put in to motion.

I had the right to appeal both decisions. I thought there was no way in hell that I would change their decision, but I sent in the appeal anyway.

The insurance company called, and asked if I could be available to answer any questions the reviewing doctors wanted to ask me. She said they would call at 2 PM. However, I got a call at 11 AM stating that a decision was made. Naturally, I assumed it was another denial, but she said that they ruled in my favor.

I started my treatment on May 2, 2014. Each week I felt worse. However, my two-week viral load was undetectable, so this is what I focused on. My lawn got tall and chores slipped a little, but it was all for a good cause.

This is all behind me now. I am cured, and don’t have an invader damaging my liver. I have turned a page. The discipline I developed through this will serve me well in my new future. I can open my heart to others, something which before felt impossible. I wish that everyone could have the same results, found in your own way.

This has been my journey for the past seven years. I point forward, ever onward.
Blessing all, fare well...

What is your greatest achievement?
Staying positive

What is your greatest regret?
None in the present; the past cannot be changed

What keeps you up at night?
My mind is empty; I sleep well.

If you could change one thing about living with viral hepatitis, what would it be?
Maybe discovering to live with the virus sooner than I did

What is the best advice you ever received?
Don’t believe everything you think

What drives you to do what you do?
Celebrating life, being friendly and helping where I can

If you had to evacuate your house immediately, what is the one thing you would grab on the way out?
Me; possessions can be replaced

If you could be any animal, what would you be? And why?
I like being human