5,000% Price Hike of Pill Has Clinton and Docs Raising Alarms

The price of a 62-year-old drug to treat toxoplasmosis, a parasitic infection that is life-threatening for people with HIV, shot up overnight from $13.50 a table to $750 a tablet after it was acquired by Turing Pharmaceuticals, a start-up run by former hedge fund manager Martin Shkreli, The New York Times reports. A group of HIV specialists has written a letter to Turing to challenge the new price tag.

Meanwhile, after presidential hopeful Hillary Clinton tweeted that she would create a plan to combat high drug prices, biotechnology stocks fell 3.4 percent on Monday, September 21, according to Bloomberg. Clinton was responding to the Turing price hike. Here is Clinton’s tweet:

Price gouging like this in the specialty drug market is outrageous. Tomorrow I’ll lay out a plan to take it on. -H https://t.co/9Z0Aw7aI6h

The med, called Daraprim (pyrimethamine), “is particularly important for the treatment of toxoplasmosis, a parasitic infection that has severe consequences if not effectively treated in pregnant women, patients with HIV infection, cancers and other conditions that compromise the immune system,” writes a group of specialists with the Infectious Diseases Society of America (IDSA) and the HIV Medicine Association (HIVMA) in a letter to Turing inquiring about the price increase.

The letter continues: “Pyrimethamine is currently part of the recommended first line treatment regimen for toxoplasmosis in HIV-infected patients and is a critical component of most of the alternative regimens, particularly for those with allergies to sulfa agents.”

The Times reports that in light of the expensive price tags of new drugs for cancer, hepatitis C and cholesterol, price increases like this are not an uncommon business strategy, as companies buy older drugs and repackage them as high-priced specialty medications. 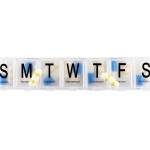 An Intro to Hepatitis C Treatment 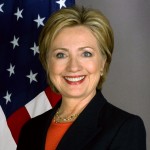 Hep C Treatment Guidelines Re-Stress That Treatment Is for All