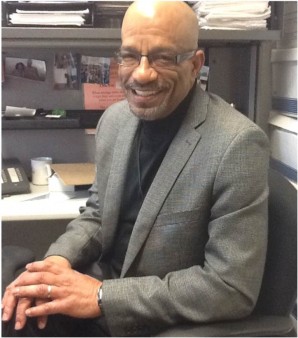 Still Kicking—Just Not as High

In 1977, I was hospitalized after sustaining a work-related hand injury that required minor surgery. The day after completing the presurgery lab work, I was visited by a nurse who informed me that one of the tests indicated elevated liver enzymes. This led to additional tests and the discovery of what she referred to as “non-A, non-B hepatitis.” The nurse also explained that there was no need for worry, as the infection was acute and in general quite mild.

Twenty years later, after testing positive for HIV, I learned that the prior hepatitis diagnosis is now identified as hepatitis C. The HIV diagnosis quickly became my primary point of concern, and I was exceptionally fortunate that new treatments for HIV/AIDS, in the form of HAART (highly active antiretroviral therapy), were under way. Like thousands of others, I was anxious to get started on managing my HIV infection. Over the years, I have done well in maintaining an undetectable viral load and have had no opportunistic infections.

Although my HIV infection was under control, my medical team was concerned that the hepatitis C infection had become chronic. I lived with the uncertainty of this coinfection until 2005, when I was offered treatment using a combination of peginterferon and ribavirin. The treatment included weekly interferon injections. I incurred severe side effects that included fatigue, headaches, insomnia, irritability and depression.

I was working full-time, yet I was determined to complete the 48 weeks of treatment.  I’m not exaggerating when I say that this was one of the most difficult years of my life. Without the love and support of my wife, Kathy, and my employer, I doubt that I would have sustained the effort. Kathy, who is a nurse by training, accompanied me to medical visits. She was patient during those moments when I was cranky, encouraged me in my darkest moments of despair and depression and was a fierce advocate on my behalf. Unfortunately, despite all that we went through, the infection was not eradicated.

Fast-forward to 2014, when once again, I was offered the opportunity for treatment using a six-month regimen with one of the new improved therapies. Unfortunately, I ended up being among the estimated 5 percent of people who do not clear the infection. It wasn’t until 2015 and 48 weeks of treatment that I finally became free of hepatitis C.

It was very attractive to receive a treatment that was one pill a day and had few side effects. This simple regimen increased my ability to both tolerate and sustain treatment. It’s exciting that other new interferon-free drugs are now available and more are expected to come along in the next year or two, hopefully driving down the cost and increasing access to treatment.

If you are at risk for hepatitis C, it is important to get tested so that the virus may be detected early and you may be linked to care and treatment. Expanded access to treatment is critical to helping those with hep C maintain control of their health and prevent liver-related illnesses. It is also instrumental in preventing the spread of the virus.

It’s truly amazing that we now have multiple options to combat this chronic and potentially life-threatening infection. However, some state Medicaid programs restrict access to treatment, effectively cutting off the right to be cured.

Shortly after my HIV diagnosis, I began working at an HIV primary care clinic that also includes HCV treatment. I’m proud and excited that my organization allows me to focus my advocacy and policy efforts not only on HIV but on HCV as well. I’m committed to supporting and contributing to the fight for access to treatment and a cure for other residents of Illinois and beyond.

I believe that much can be replicated from the many lessons I learned during three decades of HIV/AIDS advocacy. We can and must clear a path to treatment access for all people living with HCV as we have done with HIV. My journey from a young adult to an emerging senior citizen has been a long one. It has not been easy, and at times, I was not sure that I would make it this far. Yet here I am, still kicking—just not as high as I once did. I remain encouraged by the belief that together we can get this done!

Supporting and empowering other health advocates.

The current occupant of the White House.

This Swahili proverb: “Unity is strength; division is weakness.”

There are two: Dr. Toyin Adeyemi and Jill Wolf.

A desire to contribute to making my small circle of the universe a better place for myself and others.

My wife and my wallet.

An eagle. They fly high, elegantly, and mate for life.