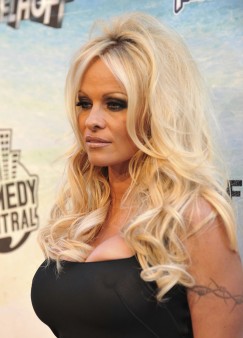 Pamela Anderson Hopes for Hepatitis C Cure ’Within the Month’

In 2002, the actress revealed that she contracted hep C in the late ’90s after sharing a tattoo needle with her then-husband Tommy Lee. Apparently, the rocker never disclosed the fact that he had the liver virus while the two were married.

Anderson, now 48, said that she is taking one of the newest antiviral treatments for hepatitis C—but wouldn’t say which one—and that she could be cured “within the month.” So far, the celebrity added, she has not experienced any side effects from HCV therapy.

“I’ve always been an advocate of trying to remove stigma from hepatitis C,” said Anderson in an interview with People. “I think subconsciously [the disease] just works on you.”


Click here for an update on the results of her treatment.