Cured of Hepatitis C, Pamela Anderson Gets Naked to Celebrate

Earlier this year, Anderson, 48, announced that she had started taking hep C treatment, opening up about her struggles with liver disease for the first time since her diagnosis in 2002.

Celebrity advocate Pamela Anderson said she’s cured of hepatitis C virus (HCV) after having lived with the disease for nearly 16 years, People.com reports. Of course, she announced her new HCV-negative status online with a naked photo.

“I am CURED!!!” wrote the model and actress in the caption of a recent Instagram post, which features Anderson fully nude, perched on the seat of what appears to be a luxury yacht. “I pray anyone living with hep C can qualify [for] or afford treatment. It will be more available soon,” she added, including the hashtags #dontlosehope #thereisacure and #itworkedforme.

Earlier this year, Anderson, 48, announced that she had started taking hep C treatment, opening up about her struggles with liver disease for the first time since her diagnosis in 2002. The mother of two assumes she got hep C from sharing a tattoo needle with her now ex-husband, Tommy Lee.

Anderson has not yet publicly disclosed which hep C treatment she underwent, only stating that it was recently approved by the U.S. Food and Drug Administration and that she was expecting to reach a cure within a month of starting treatment. 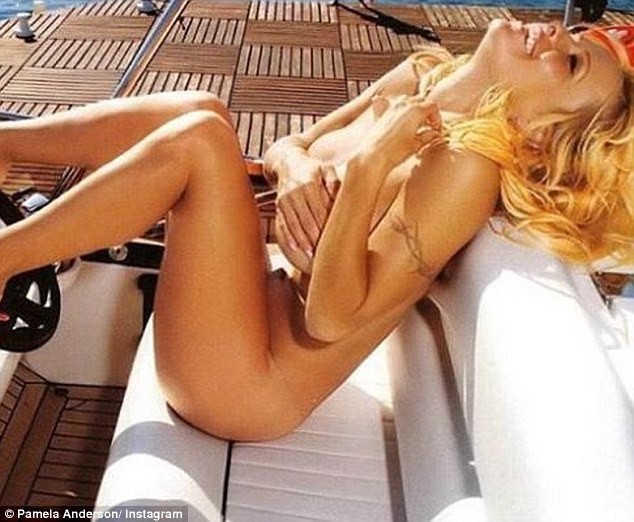