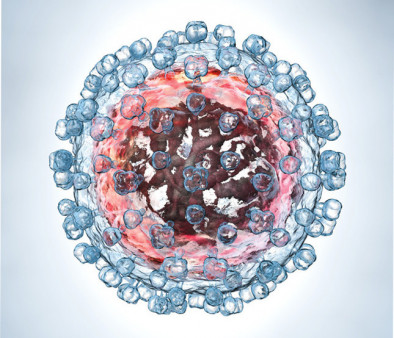 Mortality Risk Rises Sharply in People With Hepatitis C, Hepatitis B and HIV

Coinfection with all three viruses ramped up mortality risk nine times compared with having none of the viruses.

People with hepatitis B, hepatitis C and HIV coinfection are at a much higher risk of death when compared with people who have only one or even two of these viruses, researchers reported in a study published in Open Forum Infectious Diseases.

Around the world, hep B, hep C and HIV affect millions of people. Each virus is independently linked to higher mortality. With shared transmission routes and increased susceptibility to other infections, two or three of the viruses may occur together, a phenomenon known as coinfection.

Zahid Butt, MBBS, PhD, of the University of Waterloo, and colleagues conducted a study to determine the mortality risk of people coinfected with two or three of these viruses. “None of the previous studies on hepatitis C, hepatitis B or HIV infections evaluated the transition of infection status from no infection to coinfection and triple infection and the impact of this transition on mortality,” Butt told Healio.

The researchers analyzed data from the British Columbia Hepatitis Testers Cohort, a large population-based cohort that included data on hepatitis B virus (HBV), hepatitis C virus (HCV) and HIV status, associated risk factors and mortality. The cohort consisted of approximately 1.7 million people who were tested for the viruses or were reported as having tested positive for the viruses between 1990 and 2015. The team focused on people infected with one, two or all three viruses from the time of their last negative test result until their death or December 31, 2016.

While survival dropped gently for those with none of the viruses, survival fell sharply after the five-year follow-up mark among those infected with all three viruses. The survival pattern for those coinfected with two viruses was somewhere between these two extremes.

The researchers found that race/ethnicity, other chronic conditions, socioeconomic status and drug and alcohol use all had a significant impact on all-cause mortality. For instance, people living with social and material disadvantages had higher death rates across all combinations of infections.

“Findings from this study identify areas of interventions for reducing mortality by preventing infection or managing infection with highly effective curative or suppressive therapies for HCV, HBV and HIV,” Butt told Healio. “Interventions addressing addictions and other comorbidities, in addition to prevention and management of infections, could provide additional benefit.”