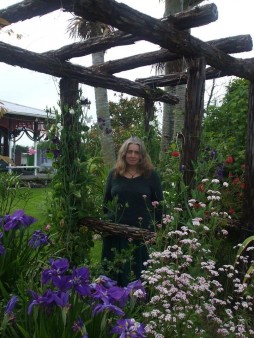 I was diagnosed with non-A, non-B hepatitis in 1985 when I was 25 years old. I was infected from sharing needles. I was very ill for a couple of months, and after that, I assumed that the virus was gone. I was living the life of an addict and did not notice the extra misery that the virus gave me. About 10 years later, I discovered I still had the virus and it was called hepatitis C.

I finally got my life together and stopped using drugs, but the virus was making itself apparent. I was weary, sore, nauseous and itchy. Worst of all, my mind did not work well. I changed my lifestyle dramatically by moving to the country and starting to eat a natural food diet.

Six months ago, I heard about the FixHepC Buyers Club from a newspaper article. I contacted them, and roughly three weeks later, my hands held three months’ supply of the generic version of Harvoni (ledipasvir/sofosbuvir). This cost me under $3,000 NZD (slightly more than $2,000 USD) instead of the $85,000 it would have cost me through the official channels. The New Zealand health system has only recently begun to fund these direct-acting antivirals for some patients.

The three months of treatment went by with minimal side effects, and the hep C is now undetected in my blood, three weeks after the end of treatment. I feel better than I have in over 30 years. My aches and pains have gone, and my mind is clear.

Raising paradise ducks from orphaned chicks to full-grown birds that learned to fly and then flew away to live their lives as free birds.

The years I spent in active addiction.

I like being awake at night. I live in an isolated place where there are no streetlights. I can clearly see the beauty of the night sky.

That the FixHepC Buyers Club could help me.

I organize live music events. The joy experienced by the musicians and the audience ripples out into the rest of the community.

The only one who can live your life is you.

An owl so I could fly at night.