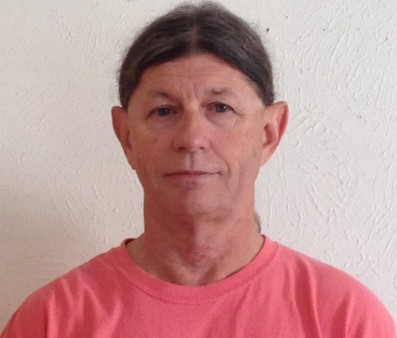 In August 2012, I checked myself into a drug rehab center in Boca Raton, Florida, for addiction to prescription pain medication. I had been an addict for almost seven years and had to take an early retirement because I could no longer drag myself out of bed to get to work unless I had a handful of pills. I thought if I could just get clean, life would be “good” again. Upon arrival, they took a blood sample to measure the concentration of drugs in my system. They also checked for other things, such as communicable diseases, including hepatitis C. My results were positive for hepatitis C virus (HCV) genotype 1, a result of all the cocaine I ingested in the late ’80s and early ’90s.

I completed the rehab program and went home with the news that I had a potentially deadly disease. Within a week I was taking prescription pain medication again. So, back to rehab in January 2013. This time I had had enough, and stayed cleaned when I went back home. Although I had no outward symptoms of hep C, I decided to seek treatment in March 2014. Sofosbuvir (Sovaldi) had just been approved by the FDA in December 2013. My doctor told me the treatment would be 12 weeks of weekly injections of peginterferon, along with twice-daily doses of ribavirin (400 mg in the morning and 600 mg in the evening), and a once-daily dose of sofosbuvir. However, we hit a wall when my insurance informed me that they would not pay for any HCV treatment. These drugs are expensive; Sovaldi costs $1,000 per pill. I thought it was over and I would have to live with the disease because I could not afford treatment.

My doctors wrote letters on my behalf and put me into contact with a couple of support programs that agreed to pay for all three medications! I began the program in mid-March and completed the hep C protocol on June 19, 2014. I must say that, health-wise, it was the toughest three months of my life, as these three drugs in tandem are brutal on your body. But I was non-detectable for the disease after the first month and still non-detectable after completion of the program. I had blood drawn again on October 2, 2014, and I am still non-detectable for the virus. My doctor considers me cured.

I feel fortunate that the treatment protocol worked the first time and because of Sovaldi, it was “only” three months. It is now November 2014 and I feel great. With the new drugs, the treatment success rate is now over 90 percent and treatment time is much shorter. If I can do this, I know you can also. When I was in treatment for my drug addiction, one of the counselors used to end his session with these words, which I will leave with you: If no one has told you todayI believe in you!

What are your greatest achievements?
My children, breaking my addiction, and getting cured of hepatitis C

What is your greatest regret?
Becoming an addict

What keeps you up at night?
Stress

If you could change one thing about living with viral hepatitis, what would it be?
I am happy I no longer live with this disease.

What is the best advice you ever received?
Never be satisfied with your present condition.

What drives you to do what you do?
The desire to be a better person

What is your motto?
I believe in you.

If you had to evacuate your house immediately, what is the one thing you would grab on the way out?
My computer

If you could be any animal, what would you be? And why?
A cheetah; they are sleek and fast.