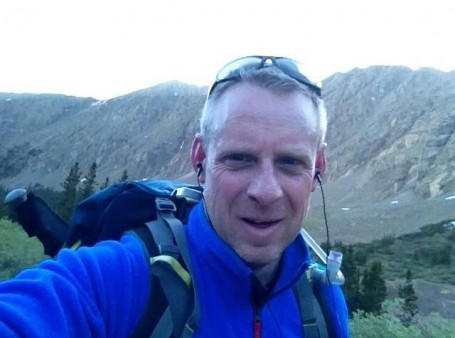 Three years ago, my wife, Carleen, was pregnant with our sixth child. Already blessed with four boys and one girl, we were delighted to find out we were expecting another boy. However, she was diagnosed with hepatitis C during the pregnancy.  On November 29, 2011, our son, Kyle, was born. Six short weeks after Kyle’s birth, Carleen’s doctor recommended that she have a liver biopsy, so we scheduled the procedure. She had contracted hepatitis C 26 years ago from a blood transfusion, so we were curious to see the results after her having had hepatitis C for so many years. Soon we would have the information that would help us to discuss treatment methods. We were anxious to put this all behind us.

The biopsy, normally a simple outpatient deal, turned into a nightmare. Carleen was in pain from the moment the doctor had finished. She was sent to the emergency room, then home, and finally back to the ER before it was discovered that the doctor had hit an artery while performing the biopsy. My wife was slowly bleeding to death. A surgeon was called to discuss the options with  us, but the news was grim. We were devastated to learn that surgery would likely result in death. The doctors told us that they would try to stop the bleeding. Carleen ended up spending several weeks in intensive care before being  released, only to discover within days that she was still  bleeding internally. This was only the beginning.

The last few years have been filled with countless hospital trips and doctor visits because of both hepatitis C and the botched biopsy. Each time we left the hospital, we had no way of knowing if the bleeding had stopped for sure. These events have been traumatizing to my wife and she has suffered tremendously. Also, Carleen’s condition and frequent medical needs severely hindered her ability to care for and bond with our newborn son.  Out of sheer necessity and love for my family, I had to step up and be Mr. Mom. The entire experience was filled with pain, fear and uncertainty for my family and me.

Carleen has yet to have hepatitis C treatment due to all the complications that have occurred. However, with the new drugs and treatments coming out in the next few years, we are looking forward to getting her healed!

In June 2014, my 19-year-old son Kaleb and I climbed Mt. Rainier to help raise awareness for hep C and liver disease. Although Mt Rainier is a difficult mountain to climb, it’s a small thing in comparison to what those with liver disease have to go through. I climbed for Carleen. It was my way of showing my wife that I truly care for, love and support her.

The last 100 feet of the climb up Mt. Rainier were very hard.  It took every bit of strength we had, which is what some have to give every day living with this disease. Our guides instructed us to put one foot in front of the other. Slow and steady gets the job done, and I would encourage you to do the same. Let’s make a difference with this disease! If you are affected by hepatitis C, reach out and encourage someone today!

What adjectives best describe you?
Persistent and fun

What is your greatest achievement?
Trying to raise six kids

What is your greatest regret?
Not spending more time with my kids

If you could change one thing about living with viral hepatitis, what would it be?
Help people feel not alone in their disease

What is the best advice you ever received?
Never borrow.

What drives you to do what you do?
I like to help my wife and other people.

What is your motto?
Reaching new heights for liver disease!

If you had to evacuate your house immediately, what is the one thing you would grab on the way out?
All six kids

If you could be any animal, what would you be? And why?
A bear; my wife tells me I am one.