Alisporivir, a once-daily drug at the forefront of a new class of hepatitis C virus (HCV) compounds known as cyclophilin inhibitors, significantly improves sustained virologic response (SVR) rates when combined with standard pegylated interferon and ribavirin (IFN/RBV) to treat people with genotype 1 HCV infection starting therapy for the first time. The encouraging Phase II study results were reported Tuesday, March 31, at the 46th annual meeting of the European Association for the Study of the Liver (EASL) in Berlin.

Also known as DEB025, alisporivir works by inhibiting a cellular protein called cyclophilin known to play a role in the reproduction of HCV. The drug is similar to—and actually synthesized from—cyclosporin A, a compound used to suppress the immune system to prevent rejection following organ transplants. Alisporivir does not, however, suppress the immune system. And because alisporivir targets a cellular protein used by all types of HCV, it may prove to be an effective option against a broad range of HCV genotypes.

The study reported at EASL by Robert Flisiak, MD, of the Medical University of Bialystok in Bialystok, Poland, and his colleagues, allotted 288 people with HCV—all of whom had genotype 1 virus and none of whom had been treated previously—to take various combinations of alisporivir and IFN/RBV.

One group of study volunteers received alisporivir plus IFN/RBV for 48 weeks. Another group received alisporivir plus IFN/RBV for 24 weeks. A third group underwent response-guided treatment involving all three drugs, in which those with undetectable HCV levels after four weeks of therapy (a rapid virologic response, or RVR) discontinued their drugs after 24 weeks, whereas those who still had detectable HCV levels after four weeks continued their drug treatment for a total of 48 weeks. A fourth group—the study control group—received IFN/RBV alone for 48 weeks.

An alisporivir dose of 600 milligrams (mg) twice a day for one week, followed by 600 mg once a day for the remainder of treatment, was used in the study.

SVRs—HCV viral loads that remained undetectable for 24 weeks following completion of treatment—were documented in 76 percent of those who received alisporivir plus IFN/RBV for 48 weeks, compared with 55 percent those who received IFN/RBV alone. This difference was statistically significant, meaning it was too great to have occurred by chance.

Flisiak also noted that the percentage of people with the IL28B rs12979860 CC genotype—a genetic variation in people believed to improve SVR rates in response to IFN-based treatment—was actually lower in the alisporivir group than in the control group (33 versus 19 percent, respectively). In other words, those receiving alisporivir still did better than those receiving IFN/RBV alone, despite a higher prevalence of a more favorable treatment-response gene variation in the latter group. Among those with the IL28B TT genotype, which is believed to limit IFN-based treatment efficacy, the addition of alisporivir doubled SVR rates.

Among those who took alisporivir plus IFN/RBV for 48 weeks or who underwent response-guided treatment, achieving an RVR successfully predicted an eventual SVR 100 percent of the time. This suggested to the researchers that 24 weeks of treatment with alisporivir/IFN/RBV should be sufficient for those who achieve an RVR.

Also encouraging was the observation that, among patients treated for at least 12 weeks, there were no null responses (an HCV viral load that doesn’t decrease by at least 2 log) among those in the alisporivir groups, compared with 10 percent of those treated with IFN/RBV alone.

Muscle weakness (asthenia), headache and nausea were the most common side effects and generally occurred in at least one quarter of patients treated, either with our without alisporivir.

Elevated levels of bilirubin—a red blood cell waste product in the blood—was documented in slightly more than 1 percent of those receiving IFN/RBV alone, compared with 25 percent to more than 41 percent of patients in the three alisporivir treatment groups. Flisiak noted, however, that seriously high bilirubin increases—defined as level at least five times higher than the upper limit of what is consider normal—were documented in much smaller percentages of people: between about 3 to 7 percent of those in the alisporivir groups, compared with no patients in the IFN/RBV control group. What’s more, bilirubin increases were only temporary and reversible, and they weren’t associated with liver toxicity.

In his concluding remarks, Flisiak reiterated the superiority of alisporivir combined with IFN/RBV in achieving SVRs in genotype 1 people living with HCV and starting therapy for the first time. He also noted that a Phase III study of alisporivir was recently started and is currently unrolling previously untreated genotype 1 patients, and that other studies exploring alisporivir in other patient populations—such as treatment-experienced individuals—are ongoing. 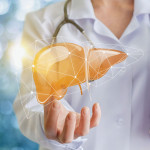