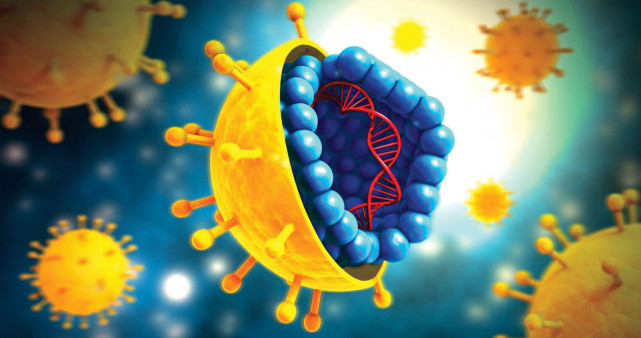 A four-drug combination cured all individuals who had experienced prior treatment failure. Over 16 to 24 weeks, all participants were successfully treated for hepatitis C.

Despite several failed rounds of direct-acting antiviral therapy in the past, people who received a regimen of Sovaldi (sofosbuvir), Mavyret (glecaprevir/pibrentasvir) and ribavirin were successfully treated for hepatitis C, according to study results presented at the 2021 AASLD Liver Meeting.

While direct-acting antiviral therapy is usually highly effective, with a cure rate exceeding 90%, some people who receive one or more courses of standard therapy do not achieve sustained virological response, which is considered a cure. Both the American Association for the Study of Liver Diseases and the European Association for the Study of the Liver recommend 16 to 24 weeks of Sovaldi, Mavyret and ribavirin for individuals who experience treatment failure with Vosevi (sofosbuvir/velpatasvir/voxilaprevir).

Given the lack of extensive data to validate this recommendation, Varun Saxena, MD, of the University of California at San Francisco (UCSF), and colleagues evaluated the safety and efficacy of this regimen. They carried out a retrospective study that included adult members of the Kaiser Permanente Northern California health system and patients at UCSF with chronic hepatitis C virus (HCV) who did not respond to Vosevi and were re-treated with Sovaldi, Mavyret and ribavirin.

Of the 12 participants, all but two were men, most were white, two were Latino, one was Black and one was Native American. The group was older, with a median age of 66 years, and the median body mass index was in the overweight range. Eight had HCV genotype 1, and the rest had genotype 3. Half had compensated cirrhosis, seven had hypertension, five had diabetes and three had abnormal blood lipids; however, none had HIV coinfection. Eight had undergone two prior treatment attempts without success, and three had more than two attempts. One had received a liver transplant, and one had received a kidney transplant.

After they were treated with Sovaldi, Mavyret and ribavirin—seven people for 16 weeks and five for 24 weeks—all achieved sustained virological response, or undetectable HCV RNA at 12 weeks after completing treatment. Treatment was generally safe and well tolerated.

“In the largest reported cohort to date of sofosbuvir/velpatasvir/voxilaprevir HCV treatment failures, sofosbuvir/glecaprevir/pibrentasvir plus ribavirin for 16 or 24 weeks resulted in 100% SVR12 rates without any safety concerns,” the researchers concluded.

Click here for more reports from The Liver Meeting.