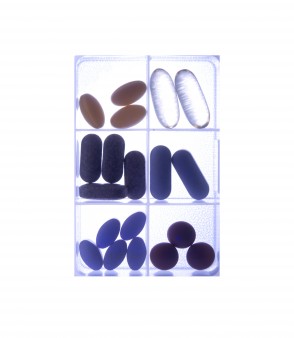 Interferon and ribavirin; although it’s been many years since my hepatitis C treatment, these two words still strike a nerve in my body. Interferon and ribavirin were the backbone of hepatitis C treatment for decades. These drugs caused so many side effects it led to my writing two books to help patients through hep C treatment. It was grueling to take those drugs, especially for those who had to take them for a long time or more than once.

Patients’ experiences are much different now that we have new hep C medications known as direct-acting antivirals (DAAs).Peginterferon is hardly used in the U.S. except perhaps for genotype 3 patients. Ribavirin is used less too, and when it is used, treatment lengths are far shorter, making the overall treatment experience more tolerable. Soon my books will be obsolete, and I am happy about it.

Compared to the old days, current treatment is a cakewalk. I thought that when DAAs were available that the need for patient support would diminish. I figured people would take their pills, be cured, and move on to freedom from hepatitis C. I was wrong on so many levels. I was naïve, misguided, and showed a serious lack of understanding in human nature.

I thought that because hepatitis C treatment is easier, people would just naturally want to do it. I overlooked the simple fact that taking any pill is scary when there is a risk of side effects. I don’t care if you are going to take an aspirin or chemo, no one wants a side effect.

Some people are more concerned about side effects than others are, and perhaps with good reason. Research has shown that some people appear to metabolize some medicines differently, suggesting that some are more sensitive than others are. We saw this in a recent study about statins, showing proof of sensitivity in some patients. DNA research is slowly uncovering evidence of genetic differences in drug metabolism. In short, science is leading us closer to understanding why some people report adverse effects from drugs, while others don’t.

Then there is the mental component, that annoying reality that causes the mind to have power over the body. Consider, in a recent hep C clinical trial of subjects taking various combinations of DAAs. No peginterferon or ribavirin was used in this study. The known side effects were mild and only a small percentage of subjects experienced them in previous studies.  However, despite the comparatively easy regimen, one of the subjects quit the study because of anxiety on the first day prior to starting the drug. I can only speculate, but I wondered if the fear of side effects caused the anxiety.

I can’t blame someone for being anxious about side effects. It’s an act of courage to take a medication you never took before, or to take something that in the past caused a side effect. However, to avoid taking a medication that could cure you of an infectious, and potentially life-threatening virus is probably riskier than to take the medication in the first place.

Why do we have anxiety about side effects? Why don’t we just take the medication and see what happens? I don’t know the answer, but I wonder if we are hardwired with the instinct to protect ourselves from harm. For instance, would you use something that had the following side effects?

I asked some people if they would take this, and they said no. These sound awful except these are the side effects of alcohol, enjoyed by many people (hopefully none with hep C). Yet wouldn’t you think twice about taking this if these side effects were listed for a medication? I would, and I think it’s because taking a chemical scares me more than the thought of drinking fermented grapes did. Still, I suspect that most of the current hep C medicines are safer than alcohol is. (Again, I am NOT endorsing alcohol use for people with a history of liver disease.)

Plus, alcohol never cured hep C. It really comes down to a risk/benefit analysis. Do the potential benefits of medication exceed the potential risks? Here’s an example: I’ve always had dry eyes. Last year my doctor prescribed Restasis. When I went to the pharmacy, I was shocked by the sticker price of $70 for a month of drops. I declined the prescription, went home and read about Restasis. In clinical trials over a period of six months, 15 percent of subjects improved versus 5 percent in the control group. It would cost me $420 to find out if I was one of the lucky 15 percent. Those are terrible odds. My dry eye condition cleared up on its own.

Compare this to a better than 90 percent chance of being cured of hep C, typically after 12 weeks of treatment. If I tried treatment, there was a risk of mild side effects. If I didn’t try treatment, I risked living with an infectious disease that could cause liver cancer, lymphoma, cirrhosis, depression, sleep difficulties, premature death, and so on.

Actually, it isn’t fair to say that the downside is merely having potential side effects, since in fact, many side effects can be managed and minimized. Good side effects management is a delicate balance that relies on good communication between the patient and his/her medical team. Here are some tips:

Finally, consider reporting side effects to the FDA, especially ones that aren’t listed in the prescribing information. It’s frustrating when you think you have a side effect and your doctor says, “It’s not listed.” That can feel dismissive, as if your doctor thinks your complaints are in your head. Reporting side effects may help other patients. You can report suspected adverse reactions to the FDA (800) FDA-1088 www.fda.gov/Safety/MedWatch/HowToReport/ucm053074.htm

These days, most people can expect a fairly easy hep C treatment, and in the end walk away cured. Bring along a good attitude and some support, and before you realize it, you are free from hepatitis C.

Lucinda K. Porter, RN, is a long-time contributor to the HCV Advocate and author of Free from Hepatitis C and Hepatitis C One Step at a Time. She blogs at LucindaPorterRN.com and HepMag.com This article originally appeared in the HCV Advocate May 2016 and is reprinted with permission.