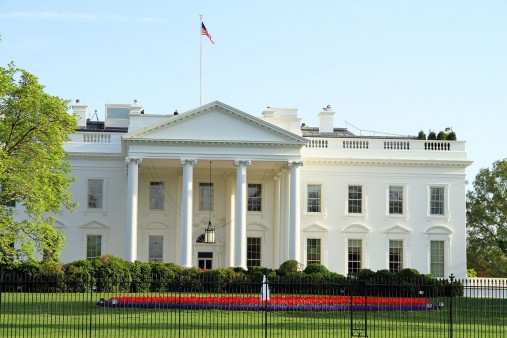 For 20 years, I’ve been advocating for people living with hepatitis C. I was diagnosed with hep C (formerly known as non-A, non-B hepatitis) in the early days of George H.W. Bush’s presidency. Clinton was president during my first treatment; George W. Bush resided during my second treatment. Obama held the office when I was cured.

In those years, hepatitis C never attracted much attention. Obama did more than other presidents did, but I am comparing his work to nothing, which is what previous presidents did. Hep C doesn’t garner public outcry. It doesn’t tear at the hearts of people and policy makers like Zika-induced microencephalopathy in babies does. It’s easy to see the innocence in babies. Adults with hep C don’t get much sympathy.

I believe that society turns away from people with hep C because it makes giant assumptions: a) that people acquired hepatitis C from drugs, b) drug users deserve the consequences of drug use, c) treating drug users is a poor investment since they will just go out and get infected again, and d) that babies don’t get hep C. But all of these assumptions are myths. Let’s take a closer look.

Myth #1: People acquired hepatitis C from drugs. This is sometimes true, but not completely true. I was infected from a blood transfusion, and I wasn’t the only one. There are many risk factors for hep C. Yes, currently, drug use is the most common way hep C is spread. However, medical transmission of hep C is still occurring.

We used to think that the reason that so many baby boomers were infected is because we were out shooting drugs while listening to rock and roll. However, all that was turned on its head by research published in The Lancet (March 30, 2016) titled, “The Spread of Hepatitis C Virus Genotype 1a in North America: A Retrospective Phylogenetic Study.”

Jeffrey Joy and colleagues found that most of the spread of the common hep C genotype (1a) in North America occurred before 1965, and peaked in 1950. They theorized that the majority of the pre-1965 spread of genotype 1a occurred because of medical reasons rather than injection drug use or other behavior-related causes (unsafe tattooing, high risk sex practices, etc.). At that time, needles and syringes were reused. Infection control was not nearly what it is today. However, medical transmission of hep C still exists.

Myth #2: Drug users deserve the consequences of drug use. Drug use is a complex social issue. When addiction is a key element, then the problem is a medical one (although I believe that all drug use has medical implications.) The National Institute on Drug Abuse describes addiction as a “chronic, relapsing brain disease that is characterized by compulsive drug seeking and use, despite harmful consequences.” Regardless of one’s feelings about drug abuse, no one deserves a liver-destroying virus. Hepatitis C infection is a curable disease, and we can eradicate it.

Myth #3: Treating drug users is a poor investment since they will just go out and get infected again. The CDC reports that chronic hepatitis C kills more Americans annually than all 60 reportable infectious diseases combined. Treatment is costly, but instead of focusing on cost, we need to embrace the notion that treatment is prevention. A French study by Anthony Cousien and colleagues found that treating people who inject drugs produces a dramatic drop in the projected prevalence of hepatitis C. This and similar studies, support the obvious—prevention is the best and cheapest medicine.

Myth #4: Babies don’t get hep C. The rate of mother-to-infant hep C transmission is nearly 6 percent. If the mother has HIV, the hep C transmission rate is substantially higher. The opioid epidemic changes everything. Looking at Kentucky, the CDC reported that the hepatitis C detection rate among women of childbearing age increased >200 percent in 2011–2014. The proportion of infants born to women with hep C increased 124 percent.

Now Trump is president, and hepatitis C will likely continue to be a low priority health policy issue. It’s up to us, citizens, consumer, advocates, and stakeholders, to keep up awareness; to keep speaking the truth; to not be quiet and to not go away. We can, and will fight viral hepatitis.

Lucinda K. Porter, RN, is the author of Free from Hepatitis C and Hepatitis C One Step at a Time and has a regular blog at Hep. This post was originally published on the Huffington Post and is reprinted with permission.