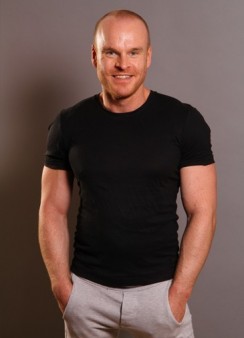 Human rights activist Philip Baldwin writes about his experiences living with hepatitis C and HIV, and his treatment for hep C.

I was diagnosed with both HIV and Hep C in 2010. In November 2016, I sat down in my HIV and Hep C specialist’s consultation room. I thought this was a routine consultation, but my specialist had some great news for me. A turning point had been reached in terms of access to the new direct-acting antiviral (DAA) treatments for Hep C. These treatments were restricted to people with advanced Hep C. Nationally, a number of Operational Delivery Networks (ODNs), the service delivery areas within the NHS [National Health Service], had not used their allocated treatment slots. There were excess treatment slots in some areas of the country. At a discussion amongst clinicians, it had been agreed to re-allocate unused treatment slots to ODNs where they were needed, such as the ODN within which my HIV clinic is located. My doctor had snapped up a number of additional treatment slots, which meant that I would be able to start the Hep C treatment. I was delighted. Only six months earlier, my specialist had told me that he was only allowed to treat three people per month with the DAA drugs, that the waiting list was growing and that it could be years before I received my Hep C treatment. My specialist asked if I could come into the clinic the following week to commence the treatment.

At the end of last month, I attended the Hepatitis C Trust’s Patient Conference. There are 215,000 people living with Hep C in the UK. Only half of people living with Hep C are diagnosed. There is a lack of awareness amongst patients, members of the public and even health professionals. There is also much stigma around Hep C. Lack of awareness and stigma contribute to delays in diagnosing Hep C. The theme of this year’s conference was “Speak Up.” Many different groups are impacted by Hep C. One lady at the conference had become Hep C positive after receiving a blood transfusion in Gibraltar, whilst another had received a blood transfusion in Canada. It was a number of years before they realised they were Hep C positive. Approximately one in eight HIV positive gay men living in London is Hep C positive. I must have become Hep C positive from a partner in the second half of 2009, as I tested negative for both HIV and Hep C in April 2009. Other people have become Hep C positive as a consequence of tattoos, or historic drug use, amongst a plethora of other reasons. In the 13 years since the Hepatitis C Trust founded its helpline, they have taken over 40,000 calls.

Hep C does not get the attention it deserves. Many patients are diagnosed by chance. Better screening for Hep C needs to be put in place in the UK. Patients also need more support after initial diagnosis. In the past, some people may not have sought Hep C treatment, due to the problems and uncertainty associated with interferon-based treatments, or because of the length of NHS waiting lists for the new DAA medications. The situation in the UK is now changing and people living with the virus can increasingly get it treated quickly and effectively by the NHS. At the beginning of the year, a hepatologist told me that their clinic had treated 200 patients with the DAA medications. Of those treated, only three had failed to clear the virus, probably because they did not stick to the treatment regime. The goal of the Hepatitis C Trust and the World Hepatitis Alliance, endorsed by the UK government last year, is the elimination of the virus by 2030. We now need to get more people tested and diagnosed. It is more important than ever to speak up!

I am now Hep C free. I experienced no side effects whilst completing my Hep C treatment. I feel a profound sense of relief to have cleared my Hep C, six years after my diagnosis. We need to ensure that those living with Hep C receive the DAA medications quickly, that better testing for Hep C is implemented and that, in the UK and globally, we push for the elimination of the virus. Hep C is the first blood-borne virus that we have developed a cure for. This is a profoundly hopeful moment for humanity.

Philip Christopher Baldwin is a human rights activist living in London. This blog originally appeared in the Huffpost (United Kingdom), and is reprinted with permission from the author.