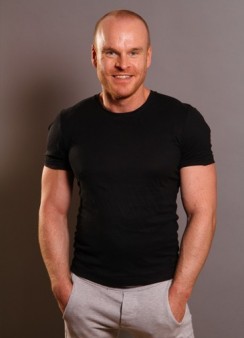 I am a 30-year-old gay rights and HIV awareness activist, as well as a passionate Christian. I received the exciting news at the end of 2015 that I will be treated for hep C in the summer of this year. My message is one of hope and empowerment.

I was diagnosed with HIV and hep C in January 2010, when I was 24 years old. I went to the sexual health clinic for post-exposure prophylaxis (PrEP), but was told after 30 minutes that I was already HIV positive. This came as a complete shock. I was horrified by the news and envisioned my life falling apart. I had just started work at White & Case, the international law firm, a few months earlier. I was very career-focused and did not know how HIV would impact me. The afternoon of my HIV diagnosis, I returned to the office but kept the news from my colleagues. I tried to get on with emails. That night, when I got home, I called my best friend Joe and opened up to him about my HIV diagnosis. He was the first person I told. He was very reassuring, and I went to bed feeling significantly better.

The following week was an anxious time for me. I had been given an appointment at the HIV clinic and I was unsure of what to expect. My friend Anthony came with me to the clinic. A short time into the appointment, I was informed that I was also co-infected with hep C. For the second time, it seemed as if my world was collapsing around me. The nurse took numerous vials of blood and I left the HIV clinic feeling disorientated and upset.

It was hard coming to terms with being co-infected with HIV and hep C. It was not until the end of 2012 that I decided to be completely open about my HIV and hep C. At work, I was more concerned about my HIV. There was no one that I knew of who was openly HIV-positive at an international law firm, investment bank, or major accountancy practice in London. It would have been easier if I’d had a role model. I told the White & Case partnership and then the entire office about my HIV, and I received a great deal of support. This acceptance was important and gave me a lot of confidence. In the gay community, my hep C was more problematic. I felt alienated from other gay men. I was concerned that I was no longer sexually attractive. As a young gay man who had worked hard to be out and proud, this was very difficult.

I started to involve myself in charity work, with a particular focus on HIV. In the autumn of 2010, I hosted for the Terrence Higgins Trust at their annual Supper Club. I raised a lot of money to help people living with HIV. Doing this allowed me to begin taking ownership of my HIV and hep C. Over the years, my activism has increased and I now work with most of the UK’s leading LGBT charities. In 2015, I left White & Case to work on my forthcoming semiautobiographical book on stigma, Positive Damage. I also have a blog on The Huffington Post. In 2015, I hosted a series of events for the Albert Kennedy Trust, a charity confronting LGBT youth homelessness, and the Terrence Higgins Trust. I host an annual HIV Visibility Dinner, which does a lot to raise the profile of people living with HIV in the UK. In October 2015, I planned an HIV event at the Conservative Party Conference and I am becoming increasingly involved in politics. In May 2016, I am hosting an HIV event in parliament, which will seek to address the stigma of HIV, with a particular focus on women.

Another important component of my activism is my work around faith. I have had an amazing and inspiring journey with Christianity. For many years, I identified with being atheist or agnostic, but this changed in 2013. I started to reflect on the role Christianity could play in my life. On Christmas Eve of 2013, I attended church for the first time in decades. I then began going regularly and, in the summer of 2014, I found St John’s in Waterloo, where I met three openly gay priests who have since been a massive source of support for me. I feel more empowered than ever with Christianity in my life. In May 2015, I was confirmed at Southwark Cathedral, which has the UK’s only HIV/AIDS shrine, and made this a particularly poignant place for my confirmation. I want more LGBT people to realize how welcoming and inclusive Christianity can be. I am also working to change the church’s view from within on LGBT issues, such as same-sex marriage.

The three main components of my activism—campaigning around HIV with a particular focus on stigma, challenging preconceptions around hep C and promoting faith for the LGBT community—are continually evolving. I am so excited by the developments in hep C treatments. Hopefully, hep C will be eliminated in the UK within the next decade. I am a happy, successful and POSITIVE young man. I have emerged a stronger individual as a result of being diagnosed with HIV and hep C. Please check out my website (www.philipchristopherbaldwin.com) and follow me on Twitter (@philipcbaldwin).

I don’t have any regrets

As an individual living with hep C, I am happy and healthy. My liver is healthy. I have a healthy lifestyle and I’m thriving as an individual. I never let my hep C hold me back. I would not change anything about the course my life is taking.

Work hard and your dreams will come true.

There is an incredible activist at Positively UK, Silvia Petretti, who is co-infected with HIV and hep C. We are currently working together on the HIV event I am hosting in parliament in May. She is an inspiring lady and I am privileged to be working with her.

I have a passion to help other people, particularly those living with HIV and hep C. Furthermore, my Christianity compels me to fight for the poor and the vulnerable. Every human being is special and deserves to live a life full of hope and love.

Work hard and be grateful for the wonderful life, full of hope and love, which you lead.

I have a gorgeous 18th-century portrait of the 2nd Earl of Albemarle, by the artist Francis Cotes, which I’ve bequeathed to the Ashmolean Museum in Oxford. I own an important collection of art, but this is my favorite piece.

I think I would make a handsome lion. I’d have to be a lion because I have the loudest ROAR!