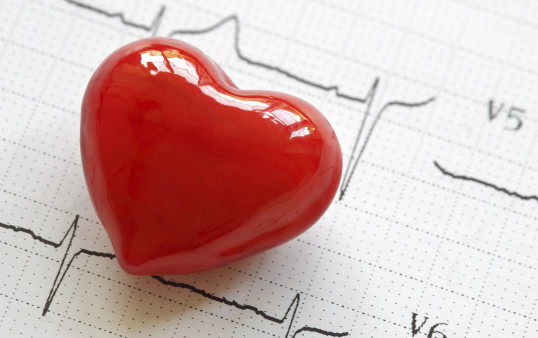 Hepatitis C Is a Risk Factor for Coronary Artery Disease

A meta-analysis has helped clear up conflicting previous evidence regarding this association.

Helping to clear up conflicting previous evidence, the authors of a new meta-analysis have established that hepatitis C virus (HCV) is associated with a higher risk of coronary artery disease. Depending on the type of analysis, their data indicate that the virus may drive up the risk of this form of cardiovascular disease by about 25% to nearly twofold.

People with coronary artery disease experience a narrowing or blockage of coronary arteries, which are blood vessels that supply the muscle of the heart. This process is typically caused by atherosclerosis, which refers to the accumulation of cholesterol, fat and calcium (known as plaques) on the inner walls of the arteries.

When such buildup impedes the heart’s blood supply, starving the muscle of oxygen, the result can be chest pain, or angina, and, much more seriously, a heart attack.

Research has indicated that hep C is associated not only with coronary artery disease but also with atherosclerosis itself, as well as cardiomyopathy (diseases of the heart muscle), myocarditis (inflammation of the heart muscle), heart failure, stroke and cerebrovascular mortality (in which impeded blood supply leads to death through damage to the heart or brain).

Treating HCV is associated with a reduced risk of cardiovascular disease, according to a recent paper. A 2017 study of people with the virus and compensated cirrhosis (scarring of the liver) found that the benefit of direct-acting antiviral treatment on lowered cardiovascular disease risk was particularly stark six years after treatment.

However, the research supporting HCV’s connection to coronary artery disease in particular has been conflicting. Seeking clarity on the matter, investigators from the department of cardiology at Beijing Anzhen Hospital at Capital Medical University in China conducted a meta-analysis of 14 studies that all included data assessing the link between the two diseases. They published their findings in the European Journal of Internal Medicine.

In their paper, the study authors cite multiple studies that have described elevated inflammatory biomarkers among those living with hep C. Such inflammation may drive atherosclerosis and subsequently coronary artery disease. The virus is also considered a metabolic disorder, one with strong ties to type 2 diabetes and insulin resistance. Coronary artery disease is the cause of death for half of those with type 2 diabetes.

Past investigators have found evidence suggesting that active HCV infection indeed drives the development of plaque in carotid arteries—those that supply blood to the brain, neck and face. Curing HCV has been associated with the recovery of heart function in cases of heart failure. Treatment for the virus has been linked to improved kidney and cardiovascular health among those with diabetes. Another study found that interferon treatment for the virus may lower the long-term risk of stroke.

In the new meta-analysis, the study’s authors found that hep C, compared with the absence of the virus, was associated with a 25% increase in the risk of coronary artery disease.

This left five case-control studies (observational studies in which two populations, one with the disease and one without, are compared to search for factors associated with that disease) and one cross-sectional study (the participants were studied only at one time point). These two types of studies are considered to be in the middle of the hierarchy of study design in terms of the strength of the evidence supporting their conclusions.

In the combined six studies, HCV was associated with a 94% increased risk of coronary artery disease.

The study authors noted various limitations to their analysis, such as the fact that the research they analyzed relied on different indicators of whether someone had HCV. Some studies looked at whether individuals had HCV antibodies, the presence of which is evidence of ever having been infected with the virus; other studies looked at whether people had HCV RNA, the presence of which means someone is currently infected with the virus.

Variations in the design of the studies and in the racial and ethnic composition of the study populations—not to mention a relatively small population in some studies—might have further compromised the ultimate validity of the meta-analysis. Additionally, most of the studies did not provide data on whether people with HCV were treated or cured of the virus.

Given these limitations, the study authors recommended the development of prospective cohort research with a large study population as well as stratification to parse out any effects of various differences among the participants, such as hep C treatment or cure status. Doing so would help minimize the discrepancies seen in the data factored into the meta-analysis.

That said, the paper’s authors concluded that hep C is indeed a risk factor for coronary artery disease.