Daclatasvir and Asunaprevir Cure Up to 87% of 1b

Failing to boast results as stellar as the competition, Bristol-Myers Squibb’s daclatasvir and asunaprevir cured a respectable 81 percent to 87 percent of people with genotype 1b of hepatitis C in a recent Phase III trial. The FDA is likely to approve the combination therapy by year’s end.

A total of 135 people who were ineligible to take interferon or intolerant of the drug, along with 87 others who had not responded to a previous attempt at a cure, took daclatasvir once daily and asunaprevir twice daily for 24 weeks. A total of 87 percent of the first group and 81 percent of the second were cured. Cure rates among those who had cirrhosis and those who did not were similar: At 91 percent and 84 percent, respectively, the success rates weren’t statistically significant, meaning the difference could have occurred by chance.

Douglas Dieterich, MD, a professor of medicine at Mount Sinai School of Medicine in New York City, made a “wild guess” that BMS would price daclatasvir and asunaprevir lower than the competition and that people with hep C might be inclined to take the BMS regimen over Gilead or AbbVie’s offerings “if your pharmacy co-pay is 50 percent for one and zero for the other.” 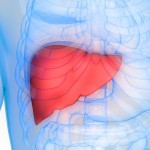 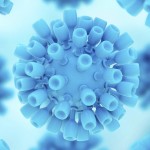