Inflammation in people with HIV is associated with cardiovascular disease and other serious health conditions.

Women with HIV and hepatitis C virus (HCV) who are cured of the latter virus may experience a decline in markers of inflammation as a result, aidsmap reports.

Presenting her findings at the 10th International AIDS Society Conference on HIV Science (IAS 2019) in Mexico City in July, Audrey French, MD, of Cook County Health in Chicago, analyzed the association between curing HCV among women with HIV and biomarkers of what is known as microbial translocation.

Shortly after an individual contracts HIV, the virus wages a massive assault on the gut, causing damage the lining that even very early antiretroviral treatment does not totally reverse. This damage can allow bacteria to leak out of the intestine—this is microbial translocation—which leads to inflammation. In this process, a bacterial membrane component called lipopolysaccharide (LPS) spurs the activation of macrophages and other types of immune cells.

The new study included 126 women with HIV/HCV coinfection who were cured of hep C in the Women’s Interagency HIV Study. The women had a median age of 56 years old. About half were Black. Seventy-two percent had a fully suppressed viral load, and the median CD4 count was 615. Ten percent had cirrhosis of the liver according to the APRI or FIB-4 fibrosis scoring systems.

The average soluble CD163 declined from 7.1 to 6.6 nanograms per milliliter while the average soluble CD14 declined from 14.6 ng/ml to 14.5 ng/ml. Both shifts, while small, were statistically significant, meaning they were unlikely to have been driven by chance. This held true even after the researchers adjusted the data to account for differences between the women in age, race, liver disease stage, CD4 count, HIV viral load and alcohol use.

The women’s average APRI and FIB-4 liver-disease scores declined after they were cured of hep C. The women who had greater declines in the two inflammatory biomarkers tended to have greater improvement in their liver scores. 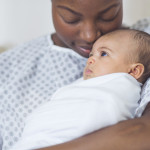