In an April 29 ceremony in front of Manhattan’s LGBT Community Center, New York Governor Andrew Cuomo formally accepted the blueprint to end the AIDS epidemic in the Empire State by 2020, according to a press release from the state.

The blueprint was created last fall by a task force of 63 HIV advocates and experts at Cuomo’s request. In January 2015, the task force submitted the blueprint, but the governor had not formally accepted it or released it until now.

Last June, Cuomo announced a three-point plan to reduce the number of new annual HIV infections to 750 from an estimated 3,000. The three points are (1) identifying more people who are HIV positive and linking them to care, (2) retaining people in care and helping them maintain undetectable viral levels, and (3) providing more access to pre- and post-exposure prophylaxis (PrEP and PEP).

The state Department of Health appointed the task force with the job of suggesting how best to achieve those goals. The resulting 30 recommendations comprise the blueprint to ending the AIDS epidemic. The recommendations address acute HIV infections, homelessness, hepatitis C and other related topics.

According to the state’s press release, “In the 2015–16 budget, Governor Cuomo included $10 million to support End of the Epidemic in New York State. The budget also removed the requirement for individuals in correctional facilities to give written consent for HIV testing, encouraged high-risk populations to use condoms by prohibiting prosecutors from using them as evidence in prostitution cases, and made it legal to possess syringes obtained through a syringe access program.”

A press release by Treatment Action Group (TAG) stated that “a public release of this blueprint will galvanize the fiscal and legislative support needed to end the epidemic.”

A previous report by TAG and Housing Works predicted that the plan will save the state $4.5 billion in Medicaid by 2020. 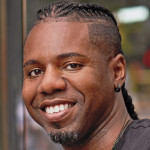 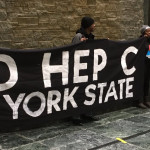