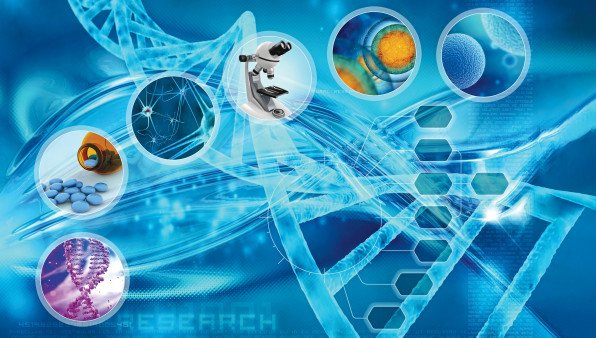 Genfit announced this week that it will stop the development of its non-alcoholic steatohepatitis (NASH) drug candidate elafibranor, which was in the running to become the first NASH therapy approved by the Food and Drug Administration (FDA).

NASH and its less severe form, non-alcoholic fatty liver disease (NAFLD), are responsible for a growing proportion of advanced liver disease. The buildup of fat in the liver triggers inflammation, which over time can lead to liver fibrosis, cirrhosis and liver cancer. With no effective medical therapies currently approved—and with several candidates recently missing the mark—management relies on lifestyle changes such as weight loss and exercise.

Last month, the FDA indicated that it would not approve another NASH front-runner, Intercept Pharmaceuticals’ Ocaliva (obeticholic acid) until more data are available, leading the company’s president and CEO to question whether the agency had set the bar for approval too high.

Elafibranor is a dual PPAR alpha/gamma agonist that activates proteins that play a role in fat metabolism, regulation of blood glucose and inflammation. In a Phase II trial, the drug led to NASH resolution without worsening of fibrosis in about 20% of participants. The treatment also reduced liver enzymes and biomarkers of inflammation, and it was generally well tolerated.

However, in the follow-up Phase III RESOLVE-IT trial, elafibranor failed to meet the primary endpoint of improving NASH without worsening fibrosis in a population of 1,070 NASH patients. Study participants who used elafibranor were not significantly more likely to show improvement than those who received a placebo.

As a result, Genfit announced that it would stop the trial and prioritize elafibranor as a treatment for primary biliary cholangitis (PBC), an autoimmune condition that damages the bile ducts and can lead to liver cirrhosis. The company is also developing noninvasive technology to identify people with progressive NASH and fibrosis as an alternative to liver biopsies.

“Following the detailed review of the full RESOLVE-IT interim efficacy data set, which involved several experts in the NASH field, GENFIT determined that the investment needed to continue the trial was not justified, as it was unlikely to provide results that would be sufficient to support elafibranor for registration in NASH in the [United States] and Europe,” the company said in a press release.

Another PPAR agonist has shown promise in a recent Phase IIb study. Lanifibranor, from Inventiva, also activates PPAR alpha and gamma, but it targets the PPAR delta form as well.

In the NATIVE trial, 247 people with NASH in Australia, Canada, Europe, Mauritius and the United States were randomly assigned to receive lanifibranor or a placebo for 24 weeks.

Inventiva announced top-line results in June, reporting that a 1,200 milligram daily dose of lanifibranor led to a statistically significant decrease in liver cell inflammation and “ballooning” with no worsening of fibrosis.

According to a company press release, 49% of participants who received lanifibranor at this dose achieved the primary endpoint, compared with 27% of people the placebo group.

Based on these findings, the company intends to proceed with Phase III development.

“The topline results delivered by lanifibranor, the only pan-PPAR agonist currently in clinical development in NASH, are extremely encouraging, especially given the short treatment period of only six months,” said NATIVE co–principal investigator Sven Francque, MD, PhD, of Antwerp University Hospital. “The results observed within such a short time frame suggest that extended treatment could even lead to further improvements in liver health.”

Another PPAR agonist that was halted after biopsies from some study participants appeared to show liver damage has now been resurrected.

CymaBay announced this week that the FDA has lifted its clinical hold on the company’s candidate seladelpar, which is being evaluated for NASH, PBC and primary sclerosing cholangitis. Seladelpar is more selective than elafibranor or lanifibranor, activating only PPAR delta.

In November, the company stopped its trials of seladelpar after biopsies showed “atypical” signs of inflammation and liver cell damage in some participants in a Phase IIb NASH study.

But a closer analysis by a panel of independent experts found “no clinical, biochemical or histological evidence of seladelpar-related liver injury,” leading the panel to unanimously support restarting clinical development. CymaBay said it would focus first on resuming PBC trials.

In an article about the lifting of the clinical hold, FierceBiotech raised the issue of which endpoints the FDA uses to approve therapies for NASH and other liver diseases.

“The news also revisits familiar questions about the reliability of liver biopsy as an endpoint for NASH trials,” wrote Amirah Al Idrus. “While doctors are increasingly using noninvasive tests, such as blood-based tests and imaging-based ones, to diagnose NASH, clinical R&D [research and development] hasn’t caught up. Not only is liver biopsy invasive and expensive, it’s also subjective—a pathologist’s findings depend on which part of the liver the sample was taken from and on the pathologist’s own experience.”

These questions will no doubt be a topic for discussion at the rescheduled EASL International Liver Congress in August and the AASLD Liver Meeting in November, where therapies for fatty liver disease will be a major theme.