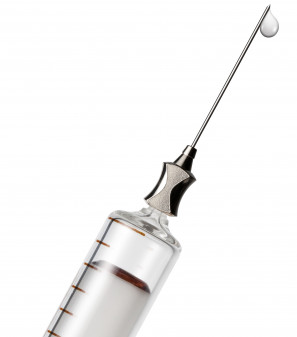 A daily dose of the growth factor analogue administered over 24 weeks also aided in NASH resolution.

Arising from the accumulation of fat in the liver, non-alcoholic fatty liver disease (NAFLD) and its more severe form, NASH, are responsible for a growing proportion of advanced liver disease worldwide. As a result of inflammation, NAFLD can lead to the buildup of scar tissue (fibrosis), cirrhosis (advanced scarring) and even liver cancer. With no effective approved medical therapies, disease management is dependent on lifestyle changes such as weight loss and exercise.

Manufactured by NGM Biopharmaceuticals, aldafermin is a genetically engineered version of a hormone that regulates bile acid production and fat metabolism. It targets multiple processes involved in the development of NASH and it has been found to significantly interfere with bile acid synthesis and reduce liver fibrosis, inflammation and steatosis in 12-week NASH trials.

Stephen Harrison, MD, of Pinnacle Clinical Research, in San Antonio, and colleagues carried out a randomized, double-blind, placebo-controlled Phase II study of aldafermin in people with NASH at nine centers in the United States.

This analysis included 77 participants. A majority were women, and the median age was about 54. Fifty-two people were randomly selected to receive 1 milligram of aldafermin via a daily subcutaneous injection, and the remaining 25 were given a placebo for a period of 24 weeks, with follow-up continuing until week 30.

All participants underwent magnetic resonance imaging proton density fat fraction (MRI-PDFF) measurement, which is used to quantify liver fat, at the time of study entry and at week 24. To be included in the study, they had to have a biopsy-proven diagnosis of NASH, significant or severe fibrosis and a liver fat content of at least 8%. The team was primarily looking for a change in liver fat content from baseline to week 24, along with any improvements in liver fibrosis.

Moreover, aldafermin also led to a sharp and persistent drop in ALT liver enzyme levels and biomarkers for fibrogenesis compared with baseline levels.

Aldefermin was generally well tolerated. There were no serious adverse events related to aldafermin, no one stopped treatment due to side effects and most adverse events were on the mild end of the spectrum.

Interestingly, the researchers noticed an improvement in risk scores for cardiovascular conditions in both groups. While 61% of the study population had qualified to receive a lipid-lowering statin drug at baseline, only 32% were actually being treated with a statin at the time of study entry. So people with higher scores at baseline in both groups were given optimal lipid management using Crestor (rosuvastatin).

“In patients with NASH, aldafermin therapy resulted in statistically significant reduction in liver fat content and robust improvement in fibrosis and NASH histology compared with placebo,” wrote the researchers. “Aldafermin 1 mg maintained a durable response for 24 weeks with a favorable tolerability and safety profile.”

Click here to see a brief overview of the study results.