AbbVie’s Hep C Regimen Viekirax Is Safe, Effective Among Those With Kidney Disease

In a recent study, outcomes between those with and without chronic kidney disease were comparable.

For people with genotype 1b of hepatitis C virus (HCV), having chronic kidney disease (CKD) does not affect the safety or efficacy of the hep C regimen Viekirax (ombitasvir/paritaprevir/ritonavir), Healio reports.

Publishing their findings in Hepatology Research, scientists conducted a retrospective multicenter study of 12 weeks of Viekirax treatment among 235 people with genotype 1b of HCV.

The participants ranged between 27 and 89 years old and had an average age of 67. A total of 181 participants did not have CKD and 54 had CKD but were not on dialysis. CKD was defined as having an estimated glomerular filtration rate (eGFR) below 60 milliliters per minute per 1.73 meters squared.

The researchers’ analysis indicated that there was no significant difference in these rates based on CKD status. The same held true for rates of adverse health events during treatment, which were reported by 21 percent of those without CKD and 27.8 percent of those with the condition.

Among those with CKD, their eGFR level did not change significantly during treatment. 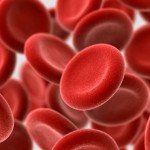 My doctor reduced my ribavirin dose because of low hemoglobin. Does this hurt my chances of being cured?