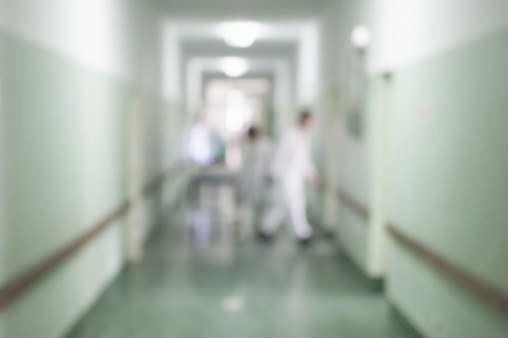 Walking The Same Hospital Corridors For My First Time

My alarm is set to 5:45 AM - a good hour and a half before sunrise. Today I have my liver biopsy at Roosevelt St. Luke’s Hospital in midtown New York. Vinny’s had literally dozens of procedures there, but today is my first time walking down those same corridors. It’s both so familiar and strange at the same time. I was 15 minutes early for my 7 AM check-in. I am so not a morning person, so it’s just as well to get this over with before my mind kicks in. I was ready with all the paperwork ready. 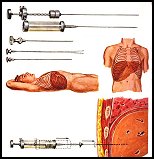 By 8 AM, I was in the smallest operating room I had ever seen. Four people were scrubbing in. In general, I prefer less medication, but my blood pressure was really high (like 185 over 130 -- perhaps because I saw the size of the skewer they were going to drive through my chest). I voted for the more drugs option.

The traditional method is to jab a six-inch needle under the right shoulder blade to get the liver sample. I was told that since they were using ultrasound to see what’s going on, they would go in through the middle of the chest right under the sternum. I had local and general anesthesia, so I was awake but wouldn’t feel a thing. Well, I didn’t feel pain, but I did feel the impact, kind of like coring an apple through the middle of my chest. Not a nice feeling.

The sample looked like a skinny worm in a baby food jar filled with water. That part was cool. My blood pressure was still on the high side (which it hadn’t been before) but they released me and now I have another thing to keep tabs on.

Vinny was out of town visiting his sister, so my brother came to the hospital to pick me up and then we had lunch at Florent Restaurant -- the location of the now famous Spencer Tunick art installation and photo shoot for the POZ tenth anniversary cover and the HBO Documentary -- and then I was off to sleep for the rest of the day. 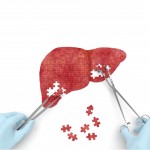