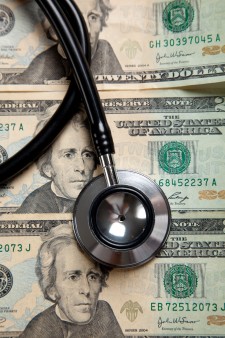 The Value of Life; the Price of Health

Twitter
Facebook
Pinterest
Tumblr
Email
Advertisement
One of the odd and useful aspects of having a public profile and being accessible is that I get interesting and unexpected communications like the one from Vietnam in my last post.
Some of you may recall, way back last year, that I wrote about a message I received from a person who told me that they worked in the UK office of Gilead.
A couple of days ago I received another communication from someone claiming to work for Gilead, in their UK offices, who thought I might be interested in hearing how Gilead arrived at the price of US$80,000 for a 12 week treatment of Sofosbuvir (and later Harvoni).
Now I should make clear that I can not be certain that this person actually does work for Gilead nor can I be sure that this story is true, however it does have a ring of authenticity about it.
The story goes like this.
Gilead had already done their sums on Sofosbuvir, what the demand would be like from countries like the USA and the UK and how much they could sell but they were not sure on exactly what price to charge.
So they sent their minions around to a number of the world’s largest health insurance companies and asked what a patient with Hepatitis C cost a health insurance company from when they were first diagnosed to when they were either cured or died.
They received a number of figures  between US$150,000 and US$180,000. It turned out that the average cost per patient with Hep C, cured or died, was about $170,000 so reportedly Gilead said:
“So if we could cure 90% of your patients for around $80,000 would you be interested?”
Yes of course, it was a saving of 50%.
So that is how the $1,000 pill came into existence. It was nothing to do with the cost of making the tablet, nothing to do with the money spent on research, it was simply bean counting and selling the product for the absolute maximum that they could hope to get.
Nothing illegal about that... nothing wrong with it either if you do not care about how many people will die simply because they can not afford a medicine that is very cheap and easy to make but that is being sold for an outrageous price.
Of course we now have generic Hepatitis C treatments and many thousands of people are being cured through accessing these generics however what really astounds me is how ignorant or biased so many doctors still are about their patients using these licensed generic treatments.
I had a funny situation happen a couple of days ago, two people contacted me, one from Latvia and one from England.
The guy from Latvia has Hep C genotype 1 and wanted generic Indian Harvoni. His doctor insisted on it. He was a bit short of cash so I mentioned the option of Chinese APIs but his doctor was very insistent that only the Indian generic Harvoni would do.
On the same day I got an email from a guy in England with Hep C genotype 1. He was knocked back by the NHS (National Health Service) for treatment with DAAs because he was not sick enough.
He approached his doctor about doing generic treatment and the doctor was very (unofficially) supportive of this and agreed to unofficially monitor his treatment (the NHS refuses to monitor the treatment of UK patients who choose to treat with generics even though each person who does this saves the NHS about 20,000 British pounds)
Anyway the NHS doctor would only monitor his English patient IF he used Australian generics which are made from Chinese APIs.
So in Latvia we have a specialist doctor insisting that his patient use Indian generics and in the UK we have a specialist doctor insisting that his patient use Chinese APIs.
The reality is that the work of Dr James Freeman proved that it does not matter. Chinese APIs, Indian generics, the results are the same, exactly the same.
Personally I prefer to see people using the Indian generics because they are licensed and in tablets rather than in capsules, however that is just my personal preference.
The reality is that APIs or licensed Indian generics work the same as long as you take them. Of course if you don’t take them you will not get cured... pretty simple really.
Advertisement