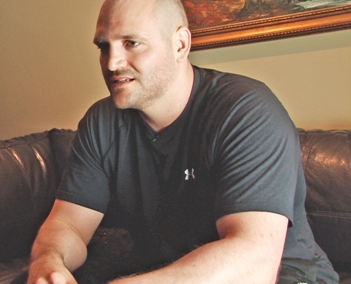 I received the great news on September 23rd 2013 that my 3 months post treatment Hepatitis C Virus blood tests came back negative. This was a great relief to me as I had been extremely stressed out in the weeks leading up to the test. Originally I had understood from my Hepatitis C specialists office that I would be considered cured and have that Sustained Viral Response (SVR) paper after 3 months. That paper is a big deal to me because it means access to more jobs in the fields I am specially trained in.

Unfortunately it was clarified to me by my Hepatitis C nurse that testing negative for the Hepatitis C virus would in fact not get me an SVR 3 month’s post treatment however it is still a fantastic sign that I am on the road to being permanently cleared of the virus. From what I understand from my medical staff, they have found in Hepatitis C Genotype 1 patients that the Virus will usually come back within the first 3 months post treatment if it’s going to come back after the Incivek “triple therapy” regime.

Since I am Genotype 2 and Incivek “triple therapy” is still in the experimental phase for my type there will hopefully be a similar result for me when I take my 6 month post treatment blood tests on December 9th 2013.

There were some good moments of being on treatment such as becoming closer with the people who genuinely care about me, learning to use my mind more as my body was nowhere near it’s normal physical abilities and becoming familiar with different relaxation techniques however overall it was truly torturous.

The physical and psychological side effects were horrendous. There were many nights when I had been awake for days on end, dealing with itching, headaches, vomiting, and other issues when all I would do was think about was how am I going to get through another day of this. I had to take it one day at a time. Thinking about the weeks left made me feel too hopeless. I really don’t know how I got through it. I was very lucky to have a lot of support and very special people around me to help.

Unfortunately being public about having this disease can be hard sometimes because there is a huge stigma attached to it still despite around 200 million people worldwide being “known” to have it. Overall I am happy that I came out about it because it was not something I wanted to hide or have to make excuses for but it is often very frustrating being treated differently by many.

I will never give up my fight against this deadly disease and I will always continue to spread awareness of its potentially fatal effects however I have to admit I am shocked at how cruel people can be sometimes.

Yes I play a “bad guy” wrestler from time to time where I have blurred the lines between fantasy and reality in the name of entertaining people but I hope I never, under any circumstances make anyone feel the emotions of sadness and despair the some people have made me feel during this unfortunate Hepatitis C ordeal.

Hang in there everyone and thank you for your support. I really appreciate it and I hope everyone out there that is still on treatment continues to fight!!!