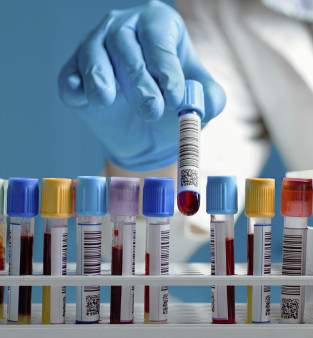 The News Sinks In

It was after midnight, but Vinny called his sister, who was on the train back to Connecticut. Vinny used every ounce of self control to wait until 8 AM to call our doctor on his super-secret-private cell phone number that I have for real emergencies, bypassing the “service” and “doctor on call” process. 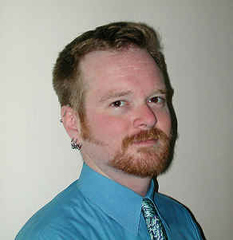 Paul (I like to be on first names with my doctors, it’s more friendly and colleague-like -- he’s pictured on the right) agreed to check his schedule as soon as he got to the office and make time for Vinny and me to come in and talk. An hour later we got a call that the day was packed. We could come in at 4:30, but might have to wait around a bit.

Instead of going to work, I went back to bed for five more hours, which is what I really needed. I had just enough time to get on the computer and organize our questions and before heading down to Dr. Paul’s office in SoHo.

How long I had hepatitis C without knowing it? How could it get to be such a problem without us catching it sooner - we monitor things so closely? How might I have contracted it? If hepatitis C is an AIDS opportunistic infection, does that mean I now have AIDS? What changes should we make to keep Vinny safe?

To be honest, I don’t remember too much about the content of that meeting. Another advantage of written check lists: You can view your notes afterward. Here are those notes:

It’s going to be difficult to know exactly how long I’ve had hepatitis C, since the hepatitis C antibody test is not reliable for HIVers with low T-cells (which I had). In fact, a study was just published this month that suggested that the hepatitis C antibody test is never very reliable for any HIVers. The hepatitis C viral load test is much better. I was supposed to have that run six months ago, but a clerical error caused the HIV viral load test to be ordered twice. Odd that the lab nor the insurance company nor Doctor Paul nor myself caught the error. We’re all human and mistakes happen.

It’s also going to be difficult to know exactly how I contracted the virus. Historically is was believed that hepatitis C is not sexually transmitted but requires direct blood exposure. Newer data suggests that this might not be so true, at least for gay men anymore. As my T-cells were on the low side for a while and I live in an area where lots of folks have hepatitis C, I might have gotten a little tainted blood exposure from poorly sterilized manicure/pedicure implements, or from creative recreational sex that would be “safe” from transmitting HIV but could still transmit hepatitis C. Paul said “There’s just a lot of hepatitis C out there and a lot of ways of contracting it.”

I know lots of ways I did NOT get it, but it’s probably going to take a decade before the medical community has a better understanding of how hepatitis C is transmitted. For me, it will probably always be a mystery. As for keeping Vinny safe, we need to redouble our universal precautions. Since we’re both HIV-positive with very similar HIV viruses, we’ve let our guard down. For example we’d been sharing a razor when away for an overnight, which we’ve now stopped.

By the end of our meeting, we had a game plan, the details of which would be worked out with my new liver specialist, Dr. Leslie Seecoomar. Les treated Vinny for years and we both have a good rapport with him. It was beginning to look like I was going to have to take a medical leave from work to deal with all this.

Surprisingly, I felt empowered. I felt I understood the terrain. I filled a few more vials for more tests and we scheduled follow-up tests. Paul asked to see my checklist to make sure we covered everything and we went down each item with the short answer. More doctors should work like that. Paul gave both Vinny and me big bear hugs. I also got a Cipro prescription to deal with my throat infection, but that wasn’t as much fun as the hugs.