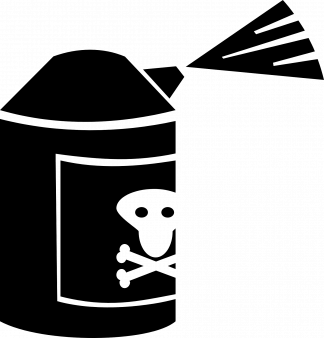 if you want to kill hep C, you want the medicine that will kill even the hardest strains

Stigma with Hepatitis C: The Danger of Labels

Hepatitis C patients have many obstacles to fight and deal with, one of the first and biggest is stigma, the danger of labels.

One of the first questions patients normally ask is, “How did I get Hepatitis C?” We go through our memory banks to pull out anything that is on the “risk” list. Many times we can pinpoint a time frame, when or where and by what means we contracted Hepatitis C and sometimes we are left with no answers because we don’t know. There are a great many patients who will never know how they contracted Hepatitis C. Many don’t fit the “risk” list.

But the one and only truth remains, it doesn’t matter how you contracted Hepatitis C, the fact is you have it and need to take care of yourself and seek medical treatment and support. But due to stigma everyone assumes the only way to contact Hepatitis C is by drug use. This assumption is totally false. The fact is there are a great number of ways other than drug use that Hepatitis C is transmitted.

This in turn sticks a label on Hepatitis C patients they do not deserve. The label this stigma creates often causes patients to build a wall up, not wanting to seek medical care, or support from anyone due to the fear that others will think the worst of them or presume they have been involved with risky behavior. Or perhaps they had been involved with risky behavior at sometime in their life and now they’re dealing with the burden of guilt.

What a tragedy that comes from the dangers of labels. No one, no matter what they have or have not done should be burdened with a label. No one should have to suffer in silence. No one. Every Hepatitis patient matters!

It is highly important for all Hepatitis C patients to take care of themselves, and seek medical care and treatment. “1 out of every 33 baby boomers are living with hepatitis C infection,” says Dr. John Ward, the Center for Disease Control’s hepatitis chief. “Most people will be surprised, because it’s a silent epidemic.”

The truth is, many people don’t even know they have Hep C due to symptoms don’t show up until there is significant liver damage. We are seeing a growing number of younger patients being diagnosed with Hepatitis C, so this is NOT just a baby boomer disease. Everyone can be at risk.

The American Liver Foundation states these are the highest risk factors for HCV:

*Prior to 1992 blood was not screen in the U.S. for the hepatitis C virus, thus many who received a blood transfusion or organ transplant prior to 1992 could be at risk for infection.

*Received a clotting factor made before 1987

*Have ever had hemodialysis

*Have ever worked or been housed in prison

*Anyone with unexplained liver problems or inflammation, including abnormal liver tests

*Borrowed razors, toothbrushes, nail clippers with someone who has Hep C

*Born to an HCV infected mother

*Multiple sex partners or sex with partners who have other sexually transmitted disease, or rough sex

*Some people may never know where they contracted HCV.

The fact is labels create stigma that also serve as a silent killer. Stigma and labels can have devastating effects on a person’s life. This is a dangerous mentality. Be proactive. Get tested, seek treatment and support and never give up till you receive the cure! You matter!