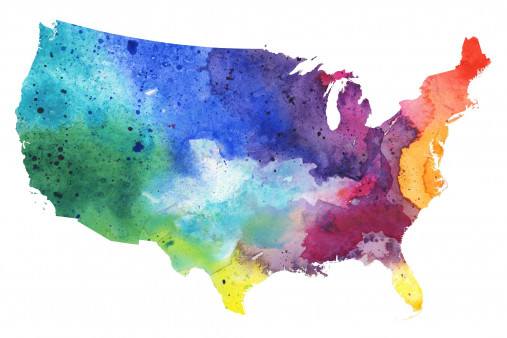 The National Viral Hepatitis Roundtable (NVHR) and the Center for Health Law and Policy Innovation (CHLPI) of Harvard Law School today published a new analysis of state policies and laws that are harming hepatitis C virus (HCV) elimination efforts in the United States.

The research shows that policies which mandate periods of sobriety prior to hepatitis C treatment and laws that restrict harm reduction services perpetuate stigma associated with drug and alcohol use and discourage people who use drugs or alcohol from seeking HCV testing and treatment.

“Sobriety requirements and laws that limit harm reduction services restrict access to hepatitis C treatment and deny people who use substances their right to health care. These discriminatory practices not only needlessly endanger patients’ health, but also undermine public health efforts to end the HCV epidemic,” said Adrienne Simmons, PharmD, policy manager at NVHR. “Policymakers must take action to remove these barriers to treatment, which are not based on scientific evidence.”

Hepatitis C infection rates continue rising in the United States despite the availability of highly effective curative treatment, driven primarily by injection drug use as a result of the opioid crisis. Amid this concerning trend, many state Medicaid programs have enacted harmful policies that require severe liver damage or periods of sobriety prior to treatment, or require specialists to treat hepatitis C. Such barriers are often illegal and go against current medical standards of care.

“Limiting hepatitis C treatment access through sobriety requirements not only perpetuates stigma and goes against medical standards of care, but may also violate the Americans with Disabilities Act which prohibits discrimination against persons with disabilities in public services, including people with substance use disorders who are seeking health care,” said Robert Greenwald, a clinical professor of law and the faculty director of the Center for Health Law and Policy Innovation at Harvard Law School. “Ending these discriminatory practices is both a health justice issue and a public health issue. In order to eliminate hepatitis C in the U.S., we need to make treatment available to all who need it and remove burdensome barriers to care.”

Fortunately, progress has been made toward eliminating hepatitis C treatment restrictions over the last few years. The new research shows that 74% of Medicaid programs currently impose no documented minimum time period of sobriety prior to authorizing HCV treatment, up from just 41% of programs in 2017. Additionally, those that maintain a sobriety requirement have shortened the sobriety period and no states require a full year of sobriety anymore. However, in many states where sobriety requirements persist, state policies that do not explicitly authorize Syringe Services Program (SSP) operation and laws that criminalize the transmission of hepatitis C also limit the ability to eliminate hepatitis C in the United States by 2030.

NVHR and CHLPI reviewed previously published data detailing 12 states that do not authorize SSPs and 13 states that criminalize the transmission of hepatitis C, and concluded that a majority of those states also mandate sobriety to access hepatitis C treatment through Medicaid. The legal and policy environment in these states discourages people who use drugs from accessing care and allows stigma to persist — including from clinicians — which undermines the ability to prevent the progression of liver disease and to reduce or eliminate the risk of HCV transmission.

The research from CHLPI and NVHR concludes, “delaying and restricting access to care for people who use substances not only allows the health of these individuals to deteriorate, but also undermines public health efforts to end the HCV epidemic.”