Sofosbuvir and Ribavirin Side Effects

Twitter
Facebook
Pinterest
Tumblr
Email
Advertisement
10th June 2015
Well here it is nearly one in the morning and after an hour or so of laying in bed waiting for sleep to come I am up typing again.
Yes insomnia is still really the only noticeable, annoying side effect from the sofosbuvir/ribavirin medication. I just read the list of 59 possible side effects from ribavirin. They list insomnia along with irritability, but I’m normally an irritable old coot so that does not seem a problem. They also list euphoria... hmm I wouldn’t mind that one; but no, I have not been euphoric much lately.
I have been getting hundreds of emails from people asking advice about going to India to get sofosbuvir or how to get sofosbuvir from India and I try to reply to everyone. I have made a couple of information sheets that summarise the process I went through going to Chennai to get the medication and also the mail order thing, which I send out to help people get a clear idea of the processes.
I am also still trying to find people who are willing to act as a facilitator for people who are not comfortable jumping through the hoops alone in India. So far there is one fellow in Hyderabad who looks like he might be interested in doing that.
Really it’s just a waiting thing now. Waiting for the first test results on the viral load and enzymes. Waiting for the last pill to be swallowed at the end of 84 days. Waiting for the post treatment blood tests. I cannot complain, the ball is rolling and there is light at the end of the tunnel.
I might go and try some yoga in front of the fire (its 4 degrees and raining outside). 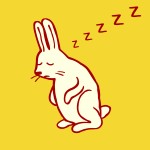 I’m having trouble falling and staying asleep. Any suggestions?