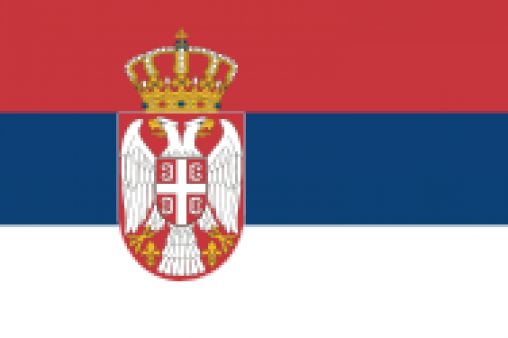 The Sad Situation in Serbia

After my last post about the situation for people with Hepatitis C in Serbia I spent a lot of time trying to discover what had actually happened there.

A lot of money, a lot of medicine and a few people had gone missing.
It took quite a while to work through the webs of deception, misinformation and hidden dealings but I believe that I now have a reasonable idea of what has happened.
But before I get into this let us re-visit what is happening in Serbia with regard to Hepatitis C treatment.
Firstly the Serbia government has not national policy or strategy for Hep C even though the annual mortality rate per 100,000 people from liver cancer due to hepatitis C in Serbia has increased by 103.2% since 1990, an average of 4.5% a year.

It is actually quite difficult to even find out exactly how many people in Serbia have Hepatitis C but the general view is that it is over 1% which means that there are more than 100,000 people with Hepatitis C in Serbia. Some sources say that the number of people with Hep C in Serbia could be as high as 400,000 and the government is hiding the real figures.

The Serbian health system is quite impoverished and the only treatment offered by the Serbian government is Interferon based (being the cheapest and making Serbia a dumping ground for old Interferon supplies that no-one else wants)).
Against the lack of treatment options for Serbs with Hep C the Serbian government has a very strict policy of making it almost impossible for Serbs to import generic Hepatitis C treatment for personal use, which drives people in Serbia with Hep C into the Black Market.

The average income for the normal Serbian worker is less than $100 per week.

However if a Serb has the money it is perfectly legal for him or her to fly to India (or where ever) buy generic treatment and return home with it.
So we have this classic situation where wealthy people can access treatment but poor people cannot.
Against this situation myself and some close friends set up an “underground railway” into Serbia… an indirect route for bringing licensed generic Hepatitis C medicines into Serbia.
This involved getting the medicines into nearby countries and then physically carrying them into Serbia where they were sold for between 1,000 to 1,300 Euros for a 12 week treatment.
The price varied depending on who was doing the selling, which was always a local Serb. Some made more profit than others but we felt that was something better left for local people to work out.
This process also involved us supplying the medicines on credit to the Serbian “distributors” because none of them had the kind of money needed to be able to pay for generic Hepatitis C medicines up front.
It was an operation built on trust and the desire to give Serbs with Hepatitis C access to affordable and effective treatment.
This system was working well until mid-February 2017 when the police raided the home of one of these “distributors” arresting him.

Then, as the saying goes, “the shit hit the fan!”

The person who was arrested was threatened with a jail term unless he informed on the entire network… which he did in great detail.

Because this informant was central to the entire distribution network and knew everyone involved he gave the police every tiny detail about the operation.
My name and details and those of my associates were given to the Serbian police. The names and details of all the other people involved in supplying affordable Hepatitis C treatment to Serbs was given to the police, even the names of people who acted as volunteers helping people with questions and issues.

The police then raided the homes of all these people, arresting them and seizing money and medicines.
In just 48 hours the Serbian police destroyed a network that had taken more than a year to set up and that was saving Serbian lives and saving the impoverished Serbian government a fortune in health care costs.
So what has been the result of this?
More than US$20,000 worth of generic Harvoni and Sofosbuvir and Daclatasvir “disappeared”… did the police take it? We don’t know.
More than US$10,000 in cash “disappeared”… did the police take it? We don’t know.
Before the police raids we were helping more than 10 Serbs each week to cure themselves of Hepatitis C.
Now we can help no-one. The network is destroyed. We cannot risk sending medicines to Serbia and no Serb is now prepared to help distribute the medicines.
So who are the losers in this?
Well my associates and I have lost a little money, but we knew that there was always this risk.
The real losers are Serbs with Hepatitis C who can now not access treatment and the biggest loser is the Serbian health system that now will have to deal with sick and dying people with Hepatitis C who would otherwise have been cured.
It is a very bad, very sad situation in Serbia.