I told my story in Hep Stories years ago, but a lot has happened since then. If you haven’t, I recommend it, it’s wonderful to be able to share your story with the community.

It was a hot summer day in late July of 1999, Y2K was the biggest concern on anyone’s mind, but I was 12, my concerns lay in how much pizza I could get from the pizza party coming up that Friday. I was in Tennis camp, and while I wasn’t great at Tennis, I was great at eating pizza. It was still a few days away, and like most 12 year olds I’d drink Gatorade and sodas in between the class sessions. But when my dad picked me up that day, I had little clue about how  much all of our lives would change from such a small series of events. Upon arriving home, I rushed to the bathroom.  The color was unusual, a dark, iced-tea colored urine, alarmed, I called over my dad. Upon his inspection, we decided a visit to the doctor was in order.  After that point, the pizza party seemed a lot further away. When my doctor brought my family in, he wasn’t sure what he was looking at, the blood tests were inconclusive, so he explained a biopsy would help find the culprit. I was twelve, and it was 1999, Biopsy was the standard still, and I was more excited that this Saturday I would get to watch more than my allocated 30 minutes of cartoons. They’d decided to biopsy my liver, spleen and kidney, because they weren’t sure where the internal bleeding came from, and my platelets were fine. Although I had no idea this is what was happening, I was more focused on the McDonalds at the entrance to the hospital, and the potential for Chicken Nuggets. 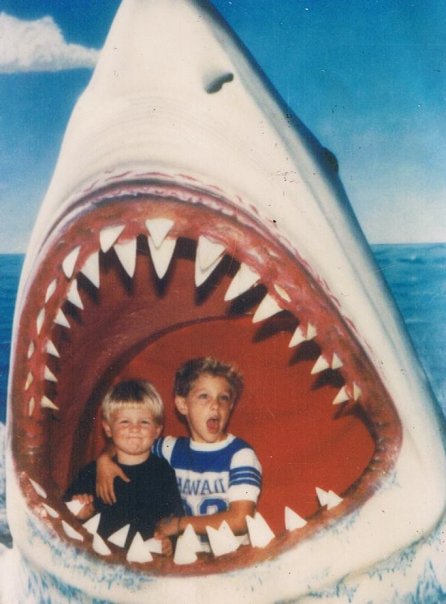 (That’s Me, age 9, and my brother, age 6)
My follow up appointment in September made all the chicken nuggets, pizza parties and cartoons seem completely irrelevant. The doctor explained to me and my family that I had Hepatitis C (HCV), which was unusual for a 12 year old, so they tested the rest of my family. The doctor also explained that because of how the disease progresses, and that I likely had it since birth, and that by 30, I would need a liver transplant or die. I am glad that he was serious in his explanation, and that he didn’t hold back any information. At that time there was no cure for Hep C, there was a sliver of hope though through a life-altering treatment. When my family’s tests came back, we were relieved when both my father and brother tested negative for Hep C. But it had confirmed the doctor’s suspicion, that my Mom was the source, as we had the same strain of HCV. My mom was devastated, I didn’t understand how to feel. I knew that I was 12, and that I was potentially already at the midpoint in my life, so my goals and dreams faded. While there was no cure in 1999, there was a treatment with a less than 30% success rate. The treatment required a year of thrice weekly injections and a series of pills. Non-pegalayted Interferon and Ribavirin, when she took them, my mom began acting almost bipolar in her characteristics. It was hard to understand what she was going through for any of us. But Interferon essentially makes you feel like your worst flu, a dozen times over, and ribavirin can encourage emotional swings, skin issues and both enhance fatigue. My mom made it through nearly ten months before the treatment failed her. It took years for my family to recover, but there wasn’t a lot of time for that. She found a new job, and I entered High School. My dad had made an agreement with the school to preempt anything they may do: they would pull me out of all sports, and any sports teams, and I would be barred from joining. Which meant leaving Tennis, Swimming, Wrestling and Basketball behind. I didn’t know not to talk to others about my Hep C, so I freely explained my circumstances to everyone I knew. I didn’t know that faculty and parents would react so negatively to something which could affect them in no way except their own misunderstandings and fear. 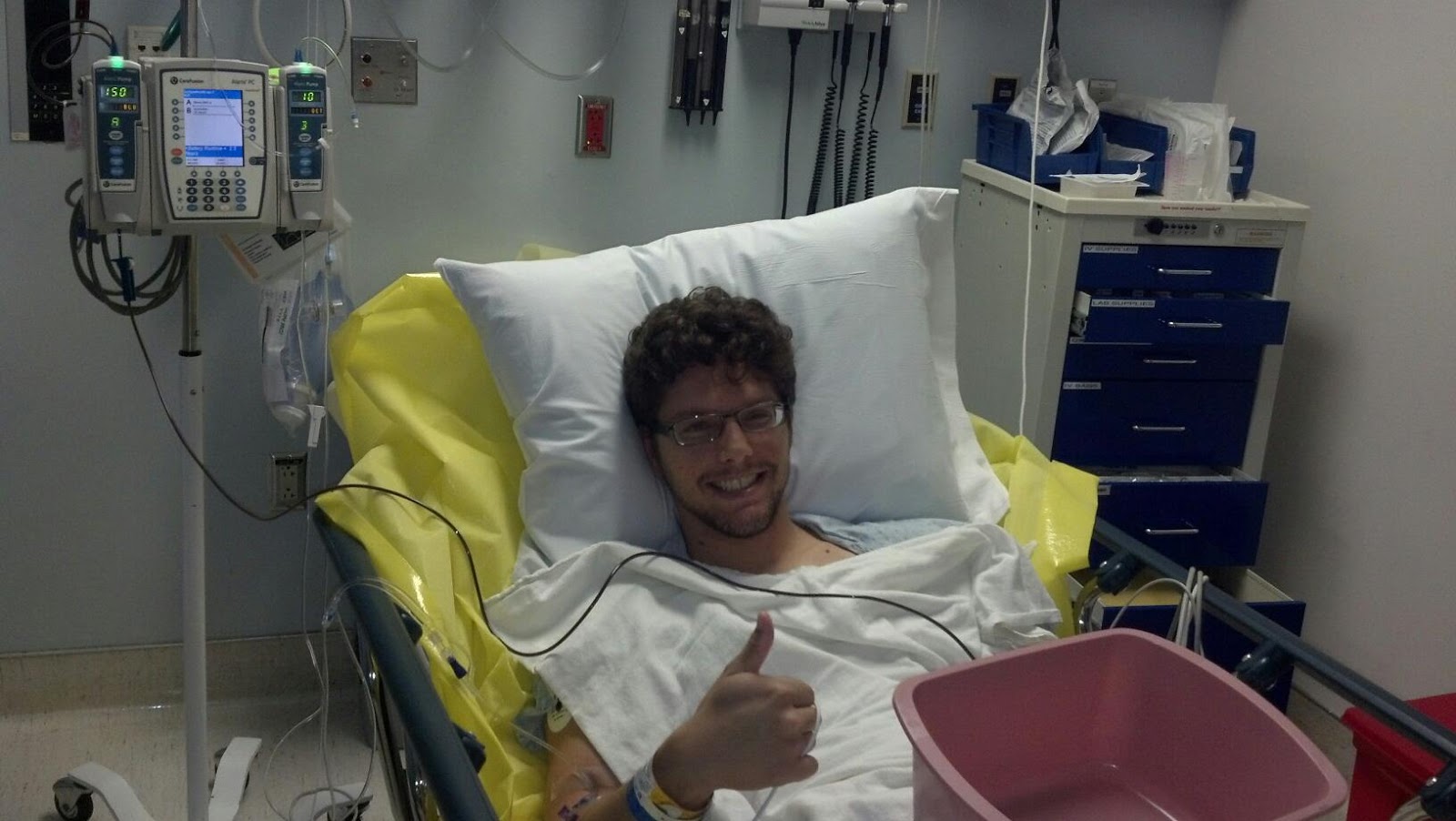 This was the beginning of my symptoms manifesting regularly, as prior to treatment I’d received a MELD score, indicating the need for liver transplant. I was creeping closer to thirty, so my doc’s warning was ringing in my ears. This failure was hard to accept, but like the others, I reassessed my life. I decided to leave my new job at Tech support and return to working with kids. Unfortunately over the course of the  year I was building up my strength, my liver disease was making up for the treatments I’d been doing. My legs began to swell and retain fluid, an unusual manifestation of ascites, I’d been diagnosed with every symptom which comes with end stage liver disease. 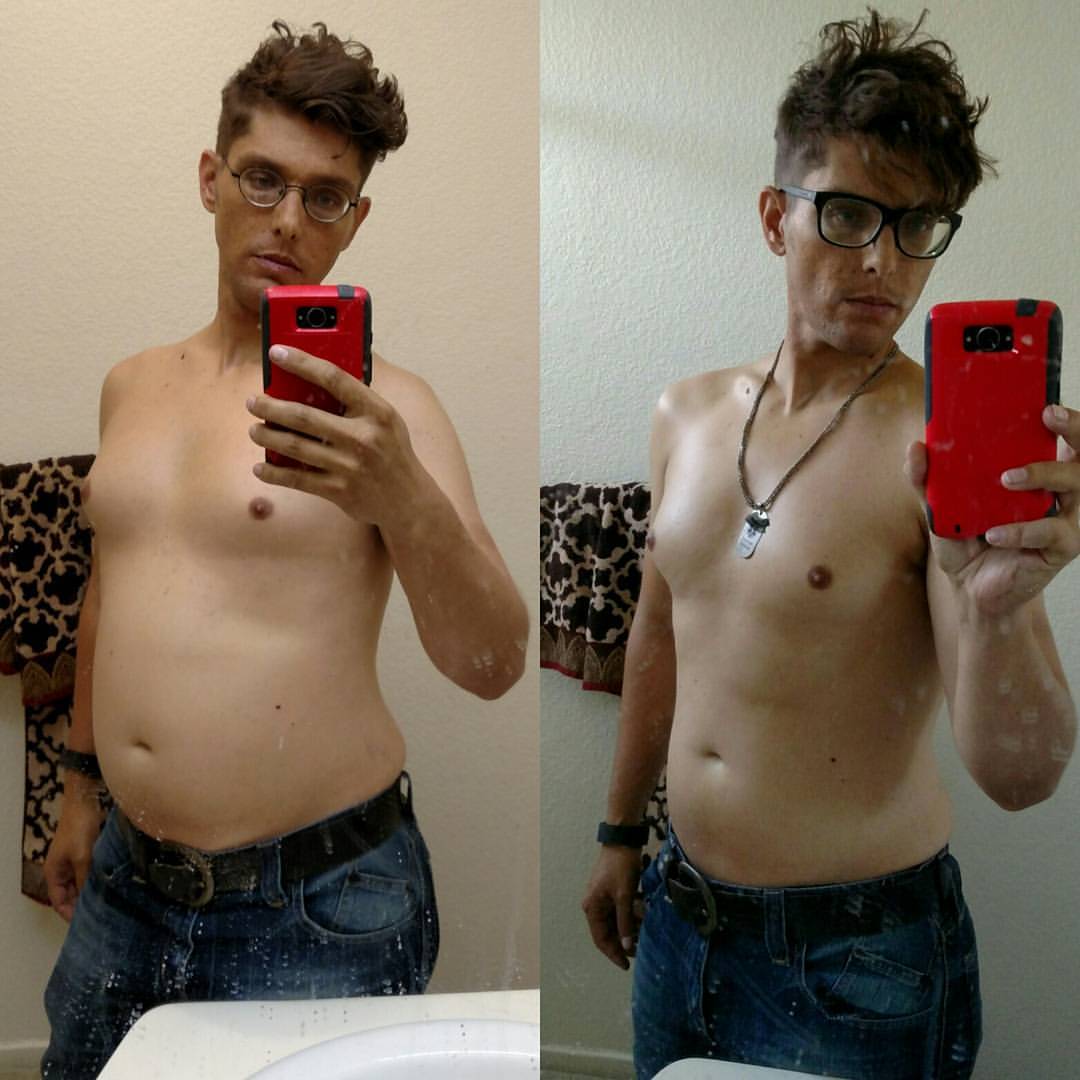 (My Ascites acting up, 24 hours later with diuretics)

Hepatic Encepholapathy was the trickiest one, and one which helped get me relieved of the field I’d just reentered. My inability to do basic math proved challenging, but by using an excel spreadsheet, I felt I could compensate. The problem wasn’t my health, the problem was that I wasn’t who she wanted to hire, so they told me I was the best candidate they’d seen, and was welcome to reapply, however this position was determined to not be a right fit. The entire time she’d used my health as an excuse to push me out, encouraging me to take sick days during my evaluation period, planning meetings on days where I had appointments, knowing all of this would hurt my chances to become permanent. After being let go, I was beside myself. This was the field I’d learned so well that they would ask me to come back as consultant to help fix up floundering sites. It was December of 2013, and I realized that my trajectory would have me disabled in no time. So we began the paperwork, and then, seemingly out of nowhere, something wonderful happened.