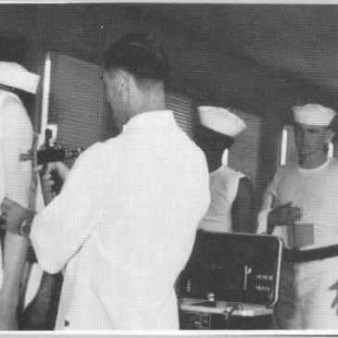 Remembering our Veterans With Hepatitis C

Recently, I discovered a new hepatitis C-related blog, JetInfectors.com. It serves a huge need, and I call your attention to it on this day of remembrance. Memorial Day is set aside to remember those in the armed services who died serving the United States. We usually think of those who were killed in the line of battle, forgetting that sometimes death comes later to our veterans. Hepatitis C has needlessly taken the lives of many of those who served our country; many veterans were harmed, abandoned and ignored.

Approximately 5.4 percent of military veterans in the United States are infected with chronic hepatitis C. This is triple that of the general population. Approximately 174,000 veterans under care of the Veterans Health Administration (VHA) have confirmed chronic hepatitis C. Veterans with the highest risks for hepatitis C are those who served in the Vietnam War era, those with alcohol or substance use disorders, and those with psychiatric conditions or homelessness.

When it comes to health and human services, veterans are historically underserved. When I learned about a blog specifically focusing on issues that affect veterans, I wanted to know more. Blogger Shaun Brown reached out to Hep, informing us that the purpose of his blog is to help veterans with their jet injector claims. What’s a jet injector?  You can find the answer on JetInfectors.com.

JetInfectors provides evidence-based information on a variety of aspects of the military use of jet nozzles for mass immunization. On the site are decades of account of the VA’s lack of action in acknowledging the risk of hepatitis C via jet guns for military personnel. “I can well remember, as most Veterans my age can, standing in line with my 82nd Airborne Division unit, with blood streaming down our arms as the air injectors were used to give us inoculations before deployments,” wrote Robert McDonald, Secretary of the Department of Veterans Affairs, in a January 2nd email. These words are like balm to the wounds of so many who were falsely told that jet guns couldn’t cause the transfer of blood from human to human.

JetInfectors.com is compelling reading, whether you served in the military, or just want to know more about a dark era of hepatitis C. The United States has a chance to set this straight, and JetInfectors.com is a call to action. Accept that call, and help veterans receive the care they deserve.