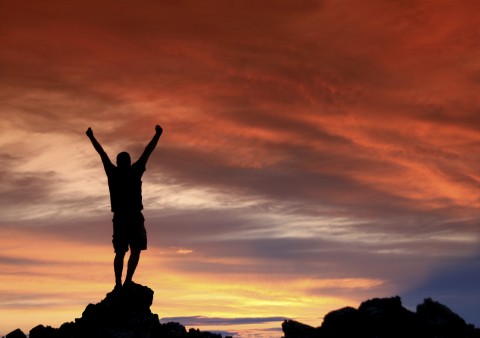 The Rapid Healing of Hep C with Direct Acting Antivirals

One of the amazing things about treating Hep C with the new DAAs is just how fast they work on getting rid of the Hepatitis C virus.
Sometimes it just blows my mind just how fast the virus is cleared and then how fast and how well the liver repairs itself.
When I began my treatment back in May 2015 I was very impatient to know if the generic Sofosbuvir I was taking was working. Because I was the first person I know of that was actually taking a generic DAA, and because I had just spent every cent I had to fly to India and buy my treatment, I really wanted to know what was happening.
And the other thing was that there were quite a few people following my treatment via this blog and on Facebook and they wanted to know if the meds were working too!

So I went to my GP and asked for a Liver Function Test (LFT) and a viral load on the 11th day after starting treatment.
For the record, prior to beginning treatment my liver enzymes read around these figures:
ALT ... 760
ALP .... 125
GGT.... 692

I should add that these were extremely high levels and indicated to my doctors that I probably had liver cancer. My Fibroscan read was at the lower side of F4, which meant I was on the verge of cirrhosis.
The Liver Function Test results came back three days later and my results were as shown below.

To say that my doctors were surprised would be an understatement. Whilst my GP was very supportive of my going to India and getting generics my specialist was absolutely against it.
I did not get my viral load results at 11 days because that test required a request from my specialist.
Anyway that is all a preamble to the main reason for this post.

Yesterday I received this email from a woman in the USA who started treatment about 10 days ago.
Like most people she was a little worried about whether the meds were real, if they would work etc.
Of course her doctor shared those concerns.
So I suggested that she get an LFT at 2 weeks into treatment to check out how things were progressing. She could not wait for 14 days and got the LFT at 7 days. Below is her email:

So what does this tell us about these DAAs? Firstly they clear the virus very fast, secondly that when the virus is gone the liver begins to repair very, very quickly.

Last year I helped a guy from the USA who was even more impatient than the above lady.
He was really worried when he ordered his meds because his viral load had nearly doubled in the preceding 3 months and his LFT number were going through the roof too. He actually telephoned me to talk things through and try to speed up the process for delivery. He was a very worried man and also anxious about if the meds would work or not.
So he went and a Viral Load test just 5 days after starting treatment...
As soon as his results came in he telephoned me to tell me that the results had come back Undetected. Of course his doctor could not believe that the virus could be cleared so quickly and immediately re-tested him, which simply confirmed the first tests.
His viral load before treatment was over 5 million!
So we see that the virus is cleared very fast and the liver repairs itself very fast as well, once that pressure from the virus is removed.

These meds are truly fantastic. It is a pity that corrupt governments and greedy corporations that control access to Hepatitis treatment make it so difficult for people to access affordable treatment!!!

6 Months to Live or Die: How Long Should an Alcoholic Liver Disease Patient Wait for a Transplant?