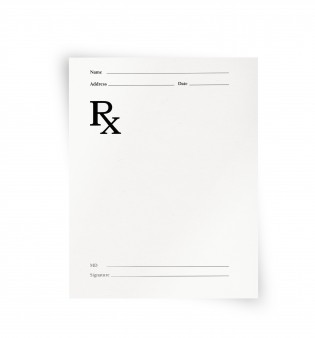 The Quiet Creeping of Corruption

Twitter
Facebook
Pinterest
Tumblr
Email
Advertisement
It looks likely that in 2016 generic Hepatitis C medicines will reduce Gilead’s profits by a few billion dollars. In the scheme of things, for a company that makes tens of billions of dollars profit each year it is not a big thing but for greedy people and greedy, rapacious corporations, every dollar counts.
What is the fightback plan. What will Big Pharma do to stop generic manufacturers eroding the vast mountains of profit companies like Gilead make?
Well lets look at a couple of examples and start with New Zealand.
The rules for importing medicines into New Zealand for personal use, generic or non-generic, have been the same for many decades. A New Zealand citizen has been able to import just about any prescription medicines (except for narcotics and specifically prohibited drugs) just as long as they have a prescription from a New Zealand doctor.
There has never been any problem with this system for more than 70 years, it has worked well.
Now suddenly things have changed.
After nearly 12 months of helping New Zealand people access generic Hepatitis C treatment with no problems other than finding a supportive doctor who would write the prescription New Zealand Customs is suddenly seizing generic Hep C medicines and sending them to MedSafe, a New Zealand government agency like the US FDA.
I have received a number of emails about this, here is one:
Hi Greg,
Sorry about the delay in getting back with the prescription and fibro scan. My specialist  is willing to write a prescription for the solvadi ribovarin  combination sourced through the Australian company that you mentioned in our last email, and I’ve just had a fibro scan, so hopefully we can get started soon! Medsafe NZ  has thrown a curve ball in that another form is now  required from the prescribing Doctor who must now accept full responsibility for any adverse effects attributed to these Hep C meds. I’ve yet to hear from my specialist about this new requirement! He was keen to get me to sign a disclaimer before hand but I would say that this new requirement would override  my disclaimer.Now just suppose that I was unable to get a doctor to sign  this form, which is a very big ask, i.e. putting their professional career into the hands of an unapproved drug company, what would be my options? I’m quite willing to travel across the ditch to pick up medications, maybe see a doctor in Australia willing to write a script, and then bring the medications back! Only as a last case scenario! Hopefully it wont come to that. I should know by the end of the week if the specialist is willing to sign this new form,thanks once again for your time in this matter.
######
So what is happening in New Zealand. Suddenly a system that has been working well for decades is being changed. It is no co-incidence that this is happening when generic Hep C treatments are starting to flow into New Zealand and New Zealand doctors are starting to become more willing to write prescriptions.
It is the influence of Big Pharma, it is the reach of Big Pharma, its connections with the people who run the government agencies that causes these changes. No need to change a law just make some changes to how it is administered, make it harder and more threatening for doctors to write prescriptions and you make it harder for patients to get the medicines.
There is no obvious corruption. Officials get taken to lunch at a very plush restaurant, get sent to conferences, small, expensive gifts, maybe the promise of a very nice job when they leave the public sector and go into the private sector.
The same thing happening right now in Romania. Romania has rules almost exactly the same as in New Zealand. For the past year I have been helping Romanian people get generic Hepatitis C medicines sent to Romania from India.
No problems, if they had the prescription then they got the medicines.
Now, suddenly, like in New Zealand, the Hep C meds are being seized by Customs and more paperwork is being demanded.
This is obviously a tactic being employed by Big Pharma to put the squeeze on countries where the rules are favourable for importing generic Hep C medication.
I would risk the prediction that the UK will be next.
The only way that this insidious and wicked behavior by Big Pharma can be combated is in the public arena, in the News Media and through other media forms.
Please use this link to see how New Zealand’s courageous news media is responding
http://tvnz.co.nz/sunday-news/dunedin-musician-says-he-would-dead-without-access-hepatitis-c-drugs-price-could-afford-video-6475541
Advertisement