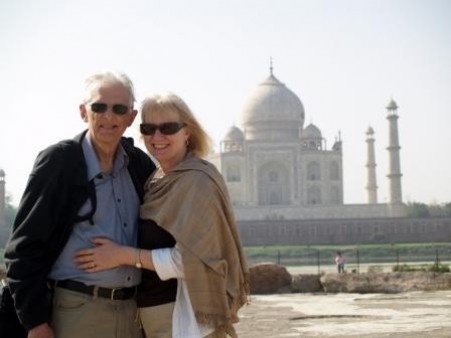 In 2009, I was in India on a bucket list trip to visit the Taj Mahal. I had one day in Agra to see this magnificent site and the Taj was the top item on my list. Unfortunately my travel agent forgot that the Taj Mahal is a mosque and closed on Fridays since that is an Islamic holy day. So, I got to see the Taj from afar.

Something else I know about Islam is that the religion believes in the principle of saving human lives and allows organ donation. According to The Gift of a Lifetime, “A. Sachedina in his Transplantation Proceedings’ (1990) article, Islamic Views on Organ Transplantation, “the majority of the Muslim scholars belonging to various schools of Islamic law have invoked the principle of priority of saving human life and have permitted the organ transplant as a necessity to procure that noble end.”

What about the Hindu religion? Here’s what The Gift of a Lifetime states, “According to the Hindu Temple Society of North America, Hindus are not prohibited by religious law from donating their organs. This act is an individual’s decision. H. L. Trivedi, in Transplantation Proceedings, stated that, "Hindu mythology has stories in which the parts of the human body are used for the benefit of other humans and society. There is nothing in the Hindu religion indicating that parts of humans, dead or alive, cannot be used to alleviate the suffering of other humans.”

The Sikh religion also supports organ donation. “The Sikh religion teaches that life continues after death in the soul, and not the physical body. The last act of giving and helping others through organ donation is both consistent with and in the spirit of Sikh teachings.” - Lord Singh of Wimbledon CBE, Director of the Network of Sikh Organizations, UK (endorsed by Sikh Authorities in Amritsar, Punjab)

So, the take home messages are: register to be a donor and don’t go to the Taj Mahal on a Friday.

US Marine Donates Liver to Stranger