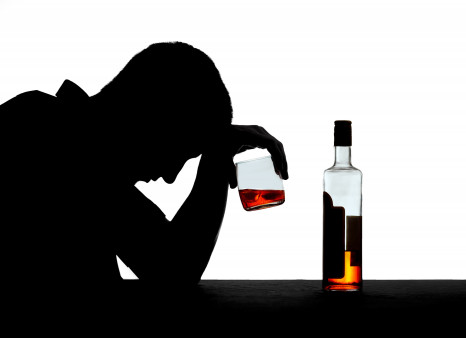 The Number One Reason for Liver Transplantation

For 20 years, people with severe liver damage related to hepatitis C dominated the precious spots on the liver transplant waiting list. New treatments and better hepatitis C screening protocols caused hepatitis C to drop off as the main reason for a transplant. That distinction now goes to alcohol-associated liver disease (ALD). (Note that fatty liver disease is the number one liver disease in the United States, but it injures the liver more slowly than alcohol does.)

They found something else. They confirmed that improvements in HCV treatment did indeed mean that there were less HCV-related liver transplants, and thus other liver diseases rose to higher places on the list. But they also found that in some parts of the country, people with ALD were being transplanted earlier.

Traditionally, people who had liver failure due to alcohol were required to stay sober for 6 months before they could be listed for transplantation. However, some people (sober or not) did not live long enough to see that transplant occur, or their condition was so deteriorated that they did not have a good prognosis. Various transplant centers across the United States have loosened their requirements and are getting better outcomes.

There are approximately 17,000 people waiting for livers. Approximately 7500 of them will be transplanted with cadaver organs, and approximately 350 will receive livers from living donors.  The formula for who gets a liver and when, is complex. From personal experience, I can tell you that many people are uncomfortable with the notion of giving a liver to anyone using alcohol or drugs excessively. We say alcoholism and drug addiction are diseases, but when it comes to giving livers to those with active chemical dependency, the limits of our compassion and practicality get tested.

The trick is to treat alcohol-related problems early, before people need a new liver. Approximately 88,000 people die every year in the United States from alcohol-related issues. That is more than double the number of deaths from opoid overdose. However, we can’t compare these two, since opioid overdose is a sudden, heartbreaking death from which a first time opioid user is at as much risk as a longer user. Sometimes there is little notice that a person is in trouble. Although alcohol can kill quickly, such as in the case of motor vehicle accidents or alcohol poisoning, death from alcohol tends to be a slower, more eroding process. There are often warning signs that a person is in trouble.

Where we can compare the two is that both are related to despair. Some people drink or use to tamp down pain or despair. Others start out enjoying alcohol, but if alcoholism takes over, despair accompanies it. Also, both can be treated. Hope is the antidote to despair. Treatment is hope.

If you want to read more about alcohol and the liver, click here to link to a blog I wrote in December 2018.

6 Months to Live or Die: How Long Should an Alcoholic Liver Disease Patient Wait for a Transplant?