In Memory of Gerry Nealon

After Gerry Nealon died recently, I decided to a write a memorial to this man who so quietly helped so many people.

At the time it seemed like writing a memorial to Gerry Nealon would be an easy enough thing to do. But I soon realized that trying to condense a life of 62 years into a few lines, or even pages, is no easy task. Particularly when the fact was that I had only known Gerry for five years and only via email and Facebook. We had never sat down for a cup of tea or a beer or whatever, with time to chat and share on that level.

Yet, despite that limited form of communion, I felt very close to Gerry and his passing affected me deeply.

So here is my attempt at a memorial for Gerry Nealon. 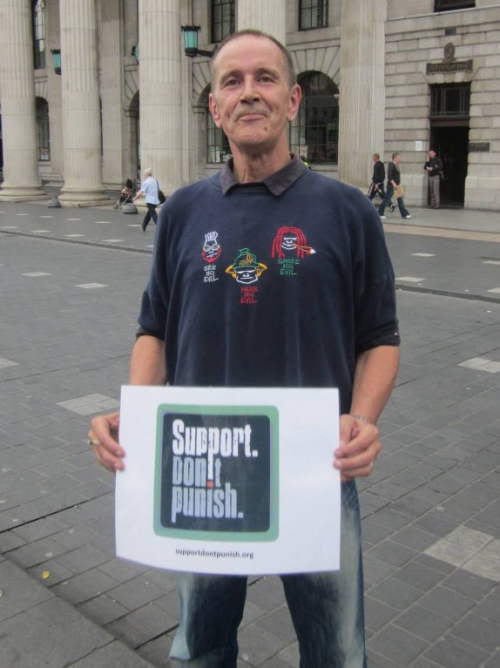 Gerry Nealon and I first met by email back at the beginning of 2016. Gerry had Hep C and had heard about what I was doing, organizing the shipment of generic Hep C medication to people with hep C, all around the world.

Gerry, like me, had caught hep C through sharing needles during drug use and was feeling the effects of the virus in his system. At that time Ireland only offered Interferon based Hep C treatment.  Gerry had tried to cure his hep C with Interferon through the Irish health system but had failed the treatment. He told me that the side effects of the Interferon had been horrific and probably caused more damage to his liver and general health than hep C.

By 2015 the hep C was really starting to bring him down so the prospect of effective treatment without side effects caught his attention and raised his hopes of finally getting rid of the Hep C virus.

At that time Ireland, like many countries in Europe, would not allow citizens to import generic Hep C medication for personal use. It was a policy the Irish government-enforced very strongly. Gerry had heard that I would do whatever it took to get people their meds so we worked out a way.

Because the UK had the opposite policy to Ireland in regards to importing medication we decided to send the meds via the UK. The UK allowed its citizens to import just about any medication for personal use. So Gerry arranged for his meds to be sent to a friend in Northern Ireland and he slipped across the border, picked up his generic medication, and returned home.

That was the beginning of a long friendship.

As soon as he had his medication Gerry started helping other people in Ireland and people across all of Europe, particularly Eastern Europe, to access generic hep C treatment.

But more importantly, Gerry became very active in various online hep C forums, particularly on Facebook and particularly in the Facebook group I founded with Gitan and Alexander Macrae, called Hepatitis C Treatment Without Borders. He saw that the online forum as a great way to help people who had no other way of getting access to hep C treatment or even good information about hepatitis C.

When I was blocked from the group that I co-founded, Gerry played an important “under-cover” in W/O Borders role to alert members to what had happened and he personally moved many hundreds of members across into my new Hep C group Hepatitis C Treatment Cure and Community. Gerry’s help in the early stages of my new group launched the group and ensured its growth.

Gerry is known in the Hep C world as a leading advocate for people with Hep C. He did a lot of online work helping people to access Hep C treatment and was always there for people needing information about Hepatitis C treatment options.  As I mentioned Gerry helped me set up the new Facebook group Hepatitis C Treatment, Cure, and Community and was on the Admin team from the beginning.

Gerry’s dedication to helping people was such that he basically stayed online and active in the group 24 hours a day, offering advice, support and guidance when it was needed and keeping things running smoothly. However because he took his role in the group so seriously it began to wear him down and after a couple of years, he gave up the formal Admin role and opted just to be a helpful group member.

Apart from his work with Hepatitis C Gerry was an advocate for many other social justice issues including the decriminalization of drug use.

Greg’s blog is reprinted with permission, and the views are entirely his.