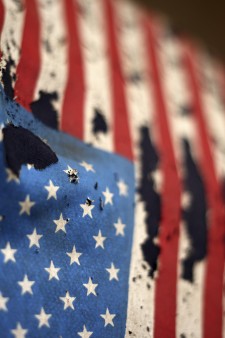 In observance of Hepatitis Awareness Month, I am posting to this blog daily, highlighting websites and organizations that are doing remarkable work educating the public, raising awareness, and making a difference in the lives of those affected by viral hepatitis. I suggest you visit each site, and find out what they are doing, how you can stay informed, and possibly help with their efforts.

HCVets spoke up for U.S. veterans long before anyone else did. It all began with Gary Lupole. Gary enlisted in the army when he was 18 year old. After five weeks of basic training he was sent to Vietnam. Just like everyone else, Gary saw things that we don’t even want to have nightmares about. He brought back battlefield memories that would haunt him the rest of his life. The other thing Gary brought back with him was a virus—hepatitis C (HCV). He suspected that he acquired it from the service’s practice of using air guns to vaccinate recruits.

In December 2011, Gary was diagnosed with advanced liver cancer. He was given six to eight months to live, but died in less than two months at the age of 61. Gary and his wife Tricia founded HCVets.com. HCVets.com is devoted to increasing awareness about hepatitis C exposure during service, and helping past and present members of the U.S. military who have hepatitis C.

This Memorial Day, please take a moment to remember and give thanks for all who died in the line of battle, even if that battle was with a virus rather than a bullet.